Volleyball Canada is pleased to announce that Prince George, British Columbia, will host the NORCECA U19 Men’s Pan American Cup, July 22 to 28, 2019.

“We’re extremely excited to be selected as the host of the 2019 Under 19 Men’s Pan American Cup,” said president of the Prince George Youth Volleyball Club and organizing committee chair, Dan Drezet.

“Prince George has a great history of sport hosting and we are looking forward to showcasing our city to these high-level athletes from all over North, Central and South America. This bid was a true community partnership, and we look forward to continuing that partnership to ensure the success of this event.”

“This is an ideal opportunity to showcase up and coming athletes from the NORCECA zone in the city of Prince George, which had an excellent bid and we’re confident will host a high quality tournament,” said Alan Ahac, director of international events for Volleyball Canada. “There is a thriving volleyball community in the area, and already a lot of support for the event from local businesses and organizations. We’re looking forward to next summer!”

Mexico hosted and won the last U19 Pan Am Cup in 2017. Canada did not participate in the last event, but will bring a team to Prince George for the event in 2019. 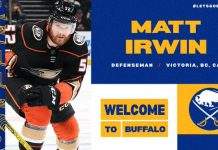