Brazil close in on their best-ever position in the World Rugby Rankings after a superb comeback win against Canada in the Americas Rugby Championship, while Georgia, Spain and Belgium are all on the up, too.

Brazilian rugby came within a fraction of achieving another landmark as a result of their 18-10 win over Canada in the Americas Rugby Championship (ARC) in Sao Paulo on Saturday.

Following on from a successful 2018, when they were crowned Sudamérica Rugby’s Six Nations champions for the first time in history, a new all-time high in the World Rugby Rankings is now within their sights.

Had Os Tupis doubled their eight-point winning margin against the Canucks, which came about as a result of six Josh Reeves penalties, on the back of a fearsome performance at scrum-time, it would have taken them to the unprecedented heights of 24th. Instead, they have to settle for a two-place rise to 26th, leapfrogging Germany and Portugal, but with only one-hundredth of a point between themselves and Hong Kong, the side immediately above them.

While Canada were left licking their wounds from a second ARC defeat, another Rugby World Cup 2019 qualifier suffered defeat to lower-ranked opposition, Russia going down 16-14 to Spain in the opening round of the Rugby Europe Championship.

Lyn Jones’ side had overcome the loss of a man to the sin-bin and the concession of an early try to lead 14-7 at half-time thanks to a brace from centre Vladimir Ostroushko, but three penalties from his opposite number, Andrea Rabago, saw Los Leones prevail.

The result lifts Spain back into the world’s top 20 with Russia remaining in 19th.

Back in the black

Belgium also improved their ranking by two places thanks to a home win over Germany in the same competition.

In an equally close game where there was never more than one score between the sides, the Black Devils used their forward strength to keep their unbeaten home record against the Germans intact. Two penalty tries were awarded to them by referee Shota Tevzadze, while the rest of their scores came from tight-head Maxime Jadot, hooker Thomas Dienst and blindside Gillian Benoy.

Germany fell just short despite the best efforts of hard-working flanker Jacobus Otto, who helped himself to a brace.

In the other Rugby Europe Championship fixture, defending champions Georgia came away from Kluj with a scrappy 18-9 victory against Romania. A second-half penalty try and a 64th-minute effort from number eight Beka Gorgodze, in addition to two penalties from the boot of Tedo Abzhandadze, were enough to see off the Oaks, who were indebted to the boot of Florin Vlaicu for all of their points.

The half a rating point awarded to Georgia was enough for them to leapfrog the United States and move into 12th place in the rankings.

Results from the second round of the Guinness Six Nations had very little impact on the rankings with the top 10 remaining unchanged despite wins for Ireland, England and Wales, in second, third and fourth respectively.

However, Ireland did boost their rating score by 0.55 of a point following their 22-13 win over Scotland at Murrayfield. Joe Schmidt’s side now have 89.92 points – 1.9 more than England, who received no reward for their crushing 44-8 win over France – and 2.62 fewer than top-ranked New Zealand.

Elsewhere, Cayman Islands emphatically beat Guyana 58-14 at the South Sound Rugby Club in Georgetown to not only climb the rankings by four places to 48th but also confirm their place at the Americas Rugby Challenge later this year.

Eight different players got their names on the scoresheet in a victory that was worth just under three-quarters of a rating point. Croatia, Mexico, Trinidad & Tobago and Madagascar fall one place as a result of their victory, while Guyana drop below Singapore to 59th. 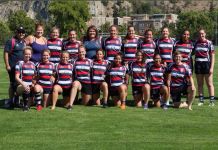