Chargers Men’s Volleyball Assistant Coach, Elion Wong, has called Camosun his second home for the past five years. After graduating from Oak Bay High and playing his post-secondary rookie season with the Capilano University Blues in North Vancouver, Elion made the move back to Victoria and signed up with the Chargers in Fall 2014.

Elion’s first season at Camosun could not have been more successful as Head Coach Charles Parkinson led the team to win the 2015 PACWEST Provincial and CCAA National Championships.

Four years later, with four consecutive provincial gold medal finishes and a national title under his belt, the former libero is now giving back to the program to help lead a new generation of players to success.

The Chargers sat down with Elion to find out what life is like on the other side of the bench, and this is what he had to tell us.

Q: Your five-year playing career came to a close last season. What have you been up to since departing from your role as an athlete?

For the past two summers I’ve worked as a firefighter. Our crew was based out of Merritt and we would be called to go out to different locations all over BC. We would be out for 14 days at a time, then have a three-day break in between and start over. This summer, I was sent to Quebec for two weeks which is the furthest I’ve travelled to fight fires. It’s mostly a job for me, but it has definitely taken me to some different places, which I enjoy.

I’m also finishing up my last year of the BSFL program, so you could say that I haven’t really left Camosun in that sense. I eventually want to become a physiotherapist, but in the meantime, I’m working towards possibly becoming the team’s Strength and Conditioning Coach.

Q: What prompted your return to the Chargers program as an assistant coach, and what opportunities has it given you?

A: After finishing my final year as an athlete last season, I knew that I really want to give back to the program because it’s given so much to me. I’m presently the head coach of an 18U club team with the Victoria Volleyball Association (VVA), so it’s a great time for me to be working with Charles, Gord and Andy as I’m learning so much from them. I grew up playing VVA so it’s pretty cool to be coaching for them. In a way, I feel like things are coming full circle.
Q: What is your role as an AC and how does that differ from what your fellow AC’s, Gord and Andy Inglis, do?

A: As a former libero, I mainly work with our two first-year liberos, helping them with their passing and defense. Making the transition from playing high school to college can be really challenging because the speed is so different. My job is to help them adjust to that speed and help introduce them to the different systems that we run.

A: Winning nationals in 2015 was pretty great, but winning provincials in the last two years I played felt even better. Our team didn’t really come together until the end of the season in those years and when we won, it felt like more of an achievement to me, as it confirmed that we had peaked at the right time. I also had the privilege of taking on more of a leadership role, in my last year especially, which made my experience really special.

Q: This will be your fifth consecutive trip to the PACWEST Provincial Championships. Do you think it will be different, now being in the role of a coach?

A: Going to provincials this year as a coach versus an athlete will definitely be different. I’ll be cheering for the guys for sure, but from the other side of the bench. I’m already starting to feel a bit older and I feel proud of the guys like a dad or an older brother would feel. It’s hard to explain but it’s definitely a different kind of feeling.

Q: What kind of impact do you want to make on the individuals you coach?

The main thing I’d like to pass on is what our program is all about. We’re not only a team, we’re a family. I think it’s what sets us apart from other programs. We’re here to make lifelong friendships … once a Charger, always a Charger! 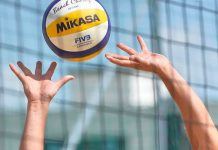