The eight student-athletes were honoured with the evening-capping Complete Champion Awards, which are given to senior student-athletes who are “outstanding in athletic achievements, who advance to the edge of their abilities both academically and personally, and who also demonstrate leadership and a desire to grow spiritually.”

The Spartans also honoured their graduating seniors in a special ceremony Friday.

The Athlete of the Year Award is selected by the Spartan Athletics Awards Committee from the coaches’ nominations and awarded to a varsity athlete who is outstanding in the following areas: athletic achievement, quality of character, role model/TWU representative, academics.

The Scholar-Athlete Award is selected by the Spartan Athletic Awards Committee and awarded to the male and female graduating varsity athletes who best exemplify scholastic and athletic achievement.

The Male and Female Rookie of the Year Awards are selected from team rookies of the year and voted on by the Spartan Athletics Awards Committee. 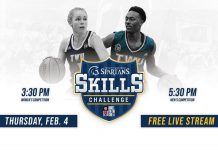 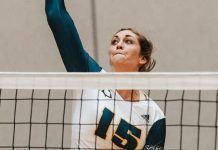 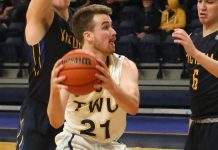