The Victoria Royals are pleased to announce that the club has acquired 1999-born goaltender Shane Farkas and a fifth round pick in the 2019 WHL Bantam Draft from the Portland Winterhawks for a 2019 fourth round draft pick and conditional compensation.

The native of Penticton, BC recently completed his third season in the WHL with the Winterhawks.  In 50 games last season, Farkas registered a 30-12-3-3 record to go along with a 2.71 goals against average (GAA), a 0.906 save percentage (SV%) and four shutouts. He ranked ninth in the league in both wins (30) and GAA (2.71) and was tied for third in shutouts (4).

Farkas was selected by the Lethbridge Hurricanes in the fourth round, 67th overall, in the 2014 WHL Bantam Draft. 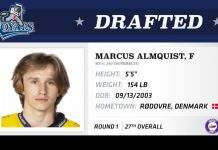 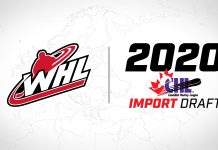