Rio Olympian and Pan Am Gold medallist Carling Zeeman (Cambridge, ON) will compete in the Women’s Single following a bronze medal performance at the 2018 World Cup 3 event in Lucerne, Switzerland. Zeeman and the men’s small boat program will be led by Head Coach Dick Tonks.

Two-time Olympian and Olympic silver medallist Conlin McCabe (Brockville, ON) is lining up with 2016 Olympian Kai Langerfeld (Vancouver, BC) in the Men’s Pair. Canada will be well represented with another Men’s Pair including Olympian Tim Schrijver (Thedford, BC) and David De Groot (St. Catharines, ON).

2015 Pan Am Games Gold medallist Matt Buie (Duntroon, ON) teams up with Aaron Lattimer (Delta, BC) in the Men’s Double sculls.

Maxwell Lattimer (Delta, BC) and Patrick Keane (Victoria, BC) will race the Lightweight Men’s Double finishing just off the podium in 2018 with 4th place finishes at both World Rowing Cups 1 and 3.

“The Men’s, Women’s and Para programs are all coming off a solid winter and spring of training and are looking forward to putting their efforts to the test at their first World Cup of the 2019 season,” said RCA High Performance Director, Iain Brambell. “Although World Cups serve as an international assessment for each crew, the 2019 priority is to successfully secure Olympic and Paralympic qualification positions during the 2019 World Rowing Championships in Linz.” 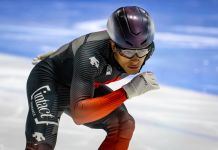