BC Rugby are proud to announce that they will be fielding a BC All-Stars team to face the Canadian Men’s XV in a fixture at Westhills Stadium in Langford on August 30th at 6:00pm.  The match will be part of the national team’s preparations for the 2019 Rugby World Cup in Japan, with Canada set to play their first match of the tournament on September 26th.

The match between BC All-Stars and Canada takes place in between the national team’s August 24th game in Hamilton, Ontario versus Leinster Rugby, and their September 7th game in Vancouver, BC versus USA Rugby, and will serve as an  important final addition to RWC preparations as it will allow head coach Kingsley Jones to provide all players with valuable game time against a quality opponent prior to the team departing for Japan.

“The match versus the BC All-Stars completes our warm-up schedule for Rugby World Cup,” said Head Coach Kingsley Jones.  “It’s an important fixture in the calendar that will give us a chance to ensure all players will get a good run before we leave for Japan.  We’ll return from Hamilton for valuable preparation time at our centralized training facility and it’s great to be able to host our valued partners at BC Rugby here in Langford.”

The BC All-Stars side will consist of top amateur players based within BC and will be selected by an experienced coaching panel, led by Aaron Takel, Rugby Growth & Development Manager (Men & Boys) for BC Rugby.  The coaching staff includes Curry Hitchborn, (UBC Men), Jebb Sinclair (Meraloma), James Thompson (UBCOB Ravens) and Sean White (James Bay AA).  “Working with this diverse and knowledgeable group of coaches, each currently heading up different Senior Men’s Teams in the BC Premier League, will give us an opportunity to field a competitive and exciting team,” said Takel.  “Furthermore, they have all been involved in U19, NextGen and Senior Men’s Provincial teams in the last 12 months, putting them in an excellent position to identify some of the best talent in the province.”

“We’re excited to support Canada with their final Rugby World Cup preparations and will be working with several BC coaches to field a competitive side,” said Annabel Kehoe, BC Rugby’s CEO. “Selection is wide open with many of BC’s top players taking the field in National and Provincial sides, including the BC Bears meeting the Prairie Wolfpack next Saturday.”

Canada versus BC All-Stars will be the first rugby match played at the fully renovated Westhills Stadium in Langford, B.C. Tickets will be just $10 for adults and $5 for youth (plus service fees) with an on-sale date to be announced shortly.  Fans can expect a great evening of rugby and festivities:

CANADA VS BC ALL-STARS 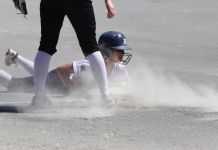 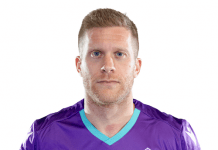