Cameron Dunkerley is one of the major reasons why the Victoria Shamrocks were able to overcome the New Westminster Salmonbellies and make the Minto Cup, and his performances along the way solidified his status as the 2019 BCJALL MVP.

One of the most glowing examples was the 2nd Period gutty Game 6 performance against the Salmonbellies. It was a parade to the penalty box for Victoria, and in doing so, New West would go on to register 26 shots on Dunkerley, a majority of them coming with the Man Advantage. However, Dunkerley proved to be up to the task, stopping all of them. Victoria would end up 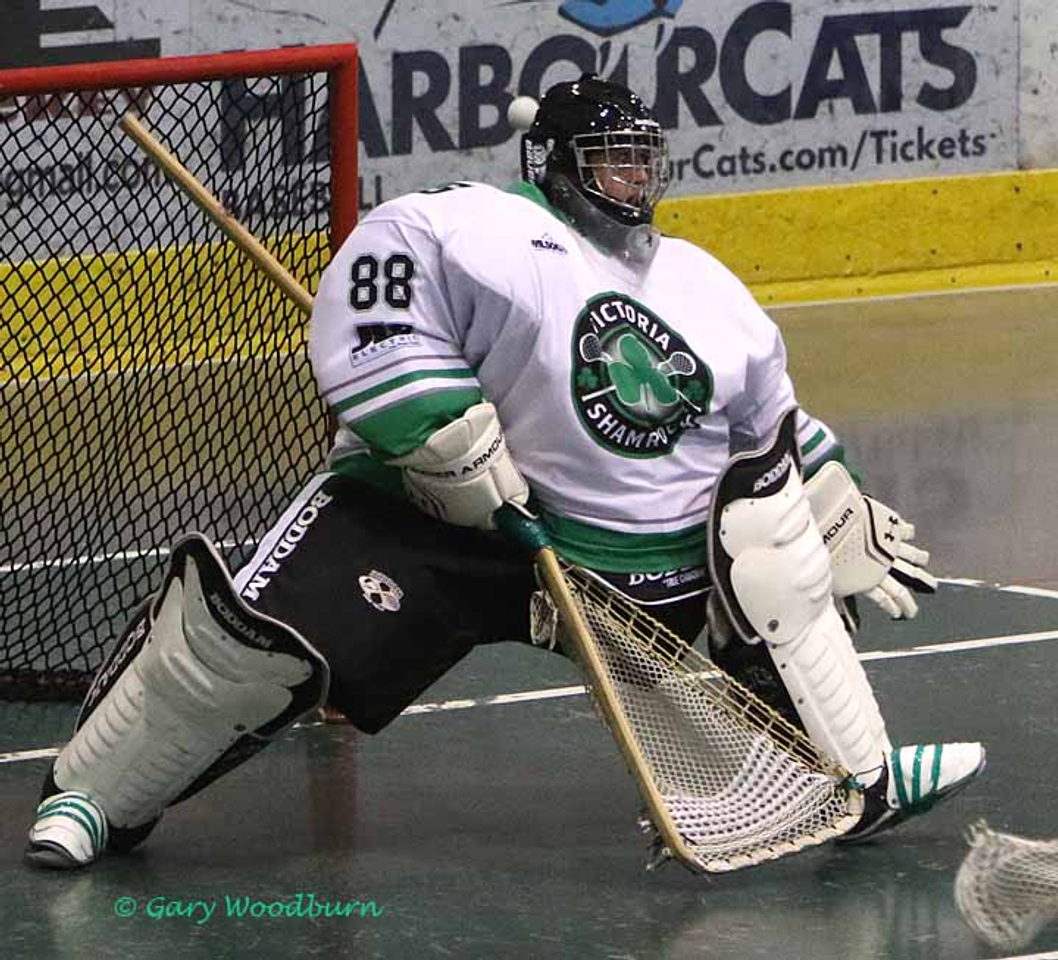 losing that game 5-3, but had reason to feel good going into the pivotal Game 7 they would win 9-8.

Dunkerley has been a workhorse for the Shamrocks for the better part of two seasons. He’s played a combined 2620 minutes while donning a Victoria jersey, and has improved on almost every facet of his game while here. He’s also more than willing to share that experience with younger goaltenders through clinics he holds.

He was able to cut his GAA from 9.68 to 8.77, nearly shedding an entire goal allowed per game despite facing nearly the identical shot totals. He also dramatically improved his save percentage. That number would go up even further in the playoffs while his GAA continued to go on a downward trend.

Dunkerley will be relied upon heavily in the Minto Cup, but if time has told us anything, it’s that he will be up for the challenge. This is the second straight season a goaltender has been given the award, following the footsteps of Coquitlam’s Christian Del Bianco last year.