A complete broadcast schedule of Sportsnet’s exclusive coverage for the 2019.20 season is available here. 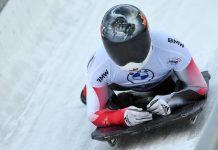