This week seven Vancouver Giants are attending NHL Training Camps ahead of the 2019-20 season. Below you’ll find information about all seven players and their respective NHL camps and paths.

After he was selected fourth overall by the Avs in the 2019 NHL Draft, Bowen Byram will begin his first fall NHL Training Camp this week. In July he signed his first NHL contract with Colorado and should be given plenty of opportunity to showcase his abilities. After a historic sophomore season in the WHL, Bowen Byram’s options for this season are one of two: The NHL or the G-Men. The Avalanche are competing in a Rookie Tournament in Anaheim from September 7th – 10th. 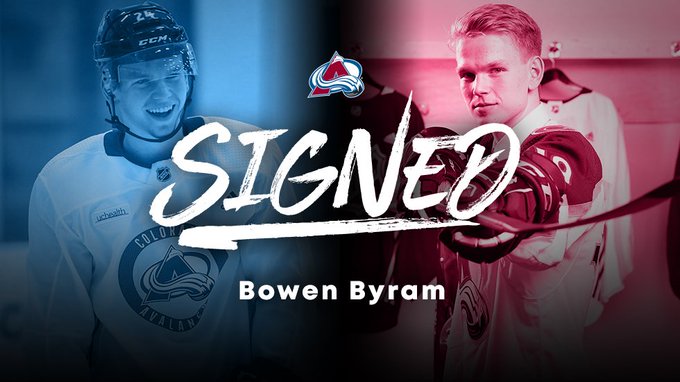 The 1999-born Slovak is heading to his second fall NHL Camp with Calgary. Last season he set new career highs in goals (27) and points (60). He also led the Giants with 17 power play goals. Assuming he’s returned to the WHL, he’ll look to secure one of the three over-age spots on the Giants roster. The Flames prospects will play two games against the Edmonton Oilers on September 7th (In Red Deer) and September 10th (In Calgary). 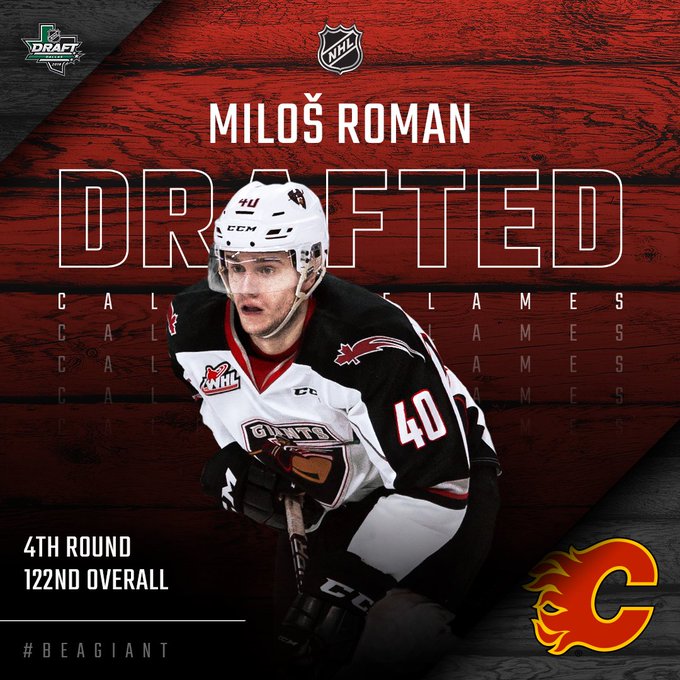 The 1999-born product of North Vancouver, B.C. will be heading to the desert for his second NHL Training Camp. After a phenomenal 2018-19 campaign, Tendeck is poised to turn some heads in his final season of CHL eligibility. Tendeck has won 49 games in his past two regular seasons and another 13 in the playoffs. Tendeck will compete against Bowen Byram and the Avalanche at a Rookie Tournament in Anaheim from September 7th – September 10th. 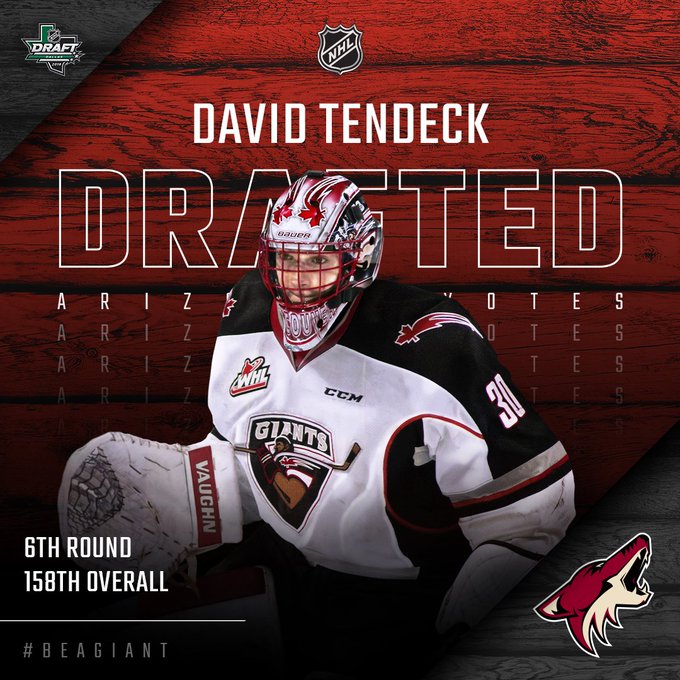 Alex Kannok Leipert joins the 2018 Stanley Cup champions as he goes to the Caps in the sixth round (161st overall). Congrats Alex! What an amazing day this must be! 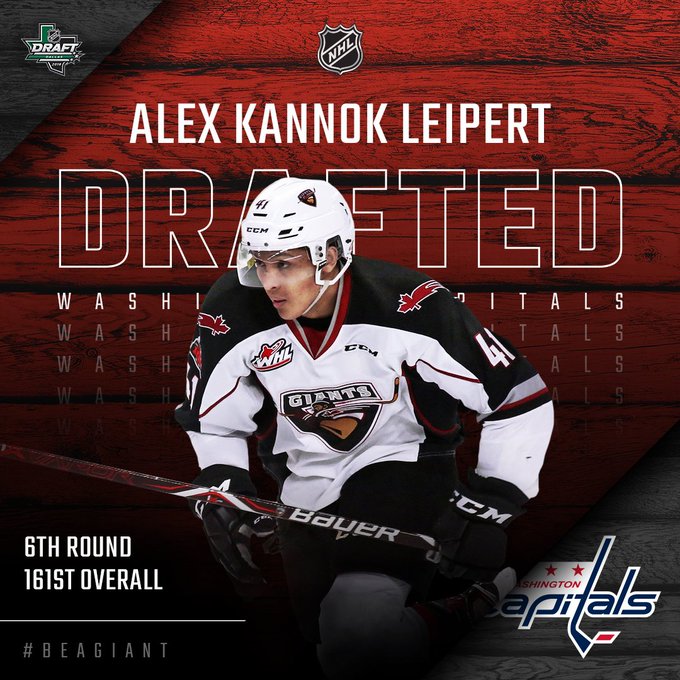 The 2001-born product of Brandon, MB is off to his first fall NHL camp. Miner will join Bowen Byram in Colorado and will also competing in the Anaheim rookie tournament beginning September 7th. Miner set a single-season record for the Giants last season with a .924 save percentage. He won 24 games and also attended Hockey Canada’s Goaltending Development Camp earlier this summer. 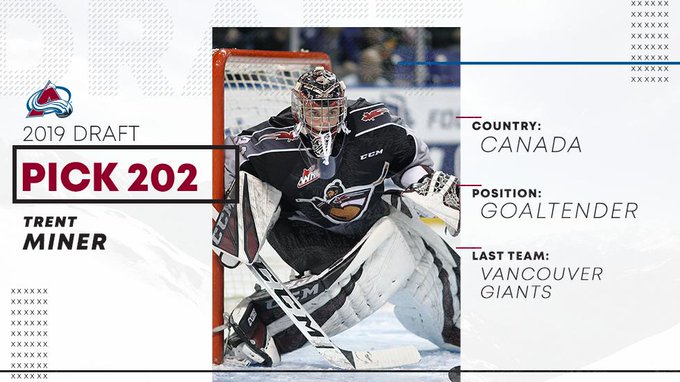 Heading into his final season of WHL eligibility, 1999-born defenceman Dylan Plouffe is absolutely on the radar of NHL teams. The product of Sherwood Park, AB has record 20-or-more points in each of his past three seasons. During the 2018-19 playoffs, Plouffe scored six goals along with 10 assists for 16 points. Fun fact: If Dylan Plouffe dresses in 67 games for the Giants this season, he’d become the team’s all-time games played leader. Plouffe has previously attended Training Camp with the Vancouver Canucks and the Arizona Coyotes.

The 2000-born product of Yorkton, SK is off to join the Carolina Hurricanes at their camp. Bulych was the Giants iron man last season, suiting up in all 68 games for the team. He notched three goals and seven assists for 10 points in that span. Last fall, Bulych attended camp with the Vancouver Canucks. This time around, he’s headed South to join the Carolina Hurricanes for their rookie tournament in Nashville, TN.

The next few weeks for @KalebBulych will be exciting to say the least. His fifth @chevrolet Giants Training Camp, then he’ll join the @CanesNHL for their Prospect Showcase Camp! Here’s Bulych from Day 3 this morning in Ladner. 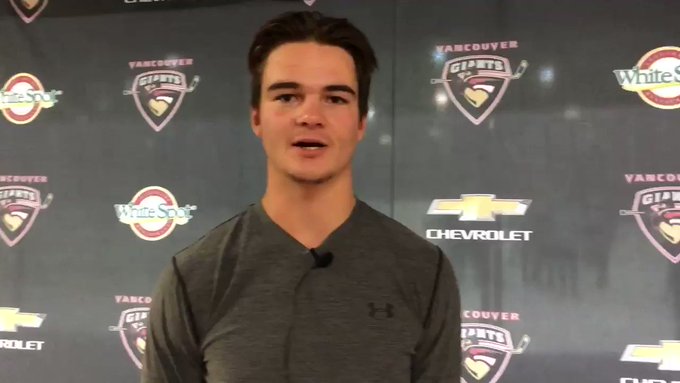