He plays the linebacker position with a nasty edge and wore number 44 at Central Washington University. He also hails from a small, working-class town in that state. With his helmet off, Kevin Haynes even looks like he can be Adam Bighill’s younger brother. So naturally, as soon as he got to college it didn’t take him long to know all about Bighill’s legacy on the program.

Four games into his tenure with the BC Lions, Haynes has continued to draw lots of comparisons to Bighill both on and off the field. And although he is trying to blaze his own trail in the pro football ranks, the native of Battle Ground, Washington agrees the Biggie template is a good one to follow as he builds his own pro legacy.

“I didn’t know much about Adam until I got to Central,” said Haynes after practice on Tuesday.

“I had a comparison with him there from day one. Everyone used to tell me I was just like him. I think that’s great company to have. Anytime you can be compared to a guy like Adam, not only as a football player but also as a man, a husband, that’s a huge honour. He’s somebody I look up to and I’ve had some good communication with him throughout my process. I worked out with him going into my senior year of college and saw him when I travelled to Winnipeg last year.” 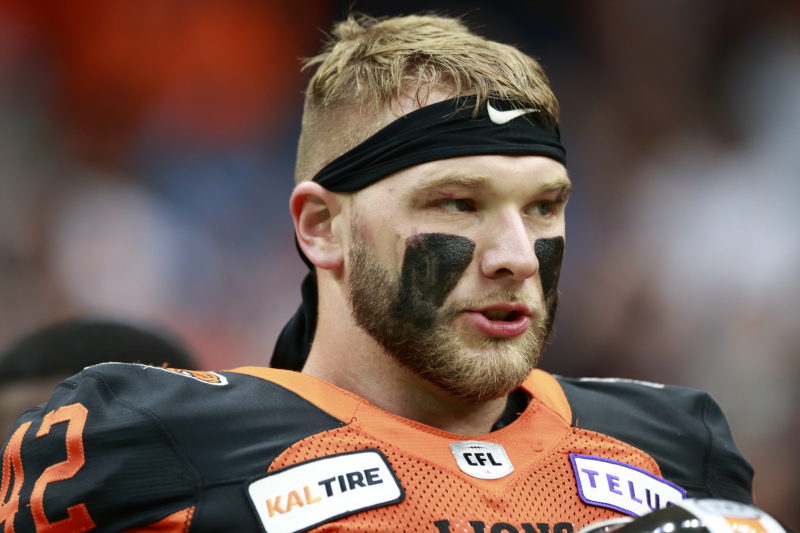 Like Bighill going into his first Lions camp in 2011, Haynes has had to fight off doubters who may have otherwise overlooked him for playing at a smaller, Division II school. After earning Great North Athletic Conference Defensive Player of the Year in back-to-back years and leading his Wildcats to the National Championship playoffs in his senior year, Haynes found himself in camp with the Montreal Alouettes where he appeared in two games last season.

The Lions, always with keen eyes when it comes to talent from the Evergreen State, scooped him up when he became a free agent in July. With 16 total tackles and the first career sack under his belt, Haynes has started to make a name for himself.

“I’m just really meshing with the locker room and the guys on the coaching staff. I played for coach Stubler in Montreal last year so it’s great to have that familiarity. I’m really enjoying my time in BC. Being a west coast guy, it also feels good to be back close to home.”

Growing up in Battle Ground is exactly how it might sound: a working-class town, filled with working-class people. The son of Darrell- a bulk loader- and Kristie Haynes- a hairdresser- had those values instilled in Kevin from a young age. As he tries to make a name for himself north of the border, he won’t ever forget where he came from.

“It’s a city that raised me and made me who I am today,” explained Haynes.

“I still go back whenever I can to meet with my old coaches and see my friends. Last year, I helped out at my high school’s spring football practice. I have a lot of supporters there who have followed me along the way, which I’m really appreciative of.” 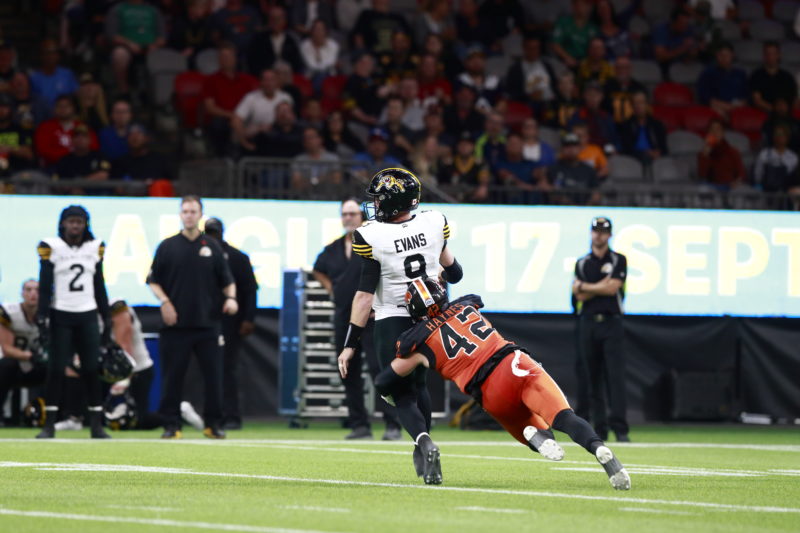 With seven games to go, Haynes and the improved defence still have plenty at stake. Not only does he want to help them win as many games as they can, but he also plans on continuing to make noise when it comes to earning a spot on defence and special teams beyond this season. Record aside, Haynes loves the overall vibe with his new squad.

“It’s a welcoming group,” he said.

“Obviously we’ve been struggling a little bit but I feel like everybody is staying together. Everybody is trying to do whatever we can to turn this around and get things fixed. That starts with coach Claybrooks and trickles down to the staff and to our leaders like Mike, Lemon and Odell. I heard Grymes touch on it too, the fact that we all still like each other. Nobody is barking at each other or making comments. It’s really nice to be part of a mature group like this.”

He is indeed enjoying his time in the den, even if he still has to settle a bet with Grymes after Central lost to Idaho over the weekend.

“I pay my debts. You’ll probably see on Instagram later on. I owe him one,” chuckled Haynes.

Like we said, nasty on the field and a model citizen off of it. It’s no wonder he picked up a few things from Bighill before embarking on his pro football journey.

“Adam is a great guy and obviously BC legend and a great Central legend. Just being able to follow in his footsteps and build my own path out it has been awesome,” added the young linebacker.