The 2019 Premier’s Awards for Indigenous Youth Excellence in Sport were presented last night to six outstanding Indigenous youth athletes from British Columbia’s Vancouver Coastal Region. The Regional Awards were presented during a formal celebration held at the Musqueam Community Centre in Vancouver, BC. The Vancouver Coastal is the fifth of the Indigenous Sport, Physical Activity & Recreation Council’s (I·SPARC) six regions to honour Indigenous athletes through this unique province-wide awards program.

I·SPARC, in collaboration with the Province of British Columbia, launched the regional nomination process in August 2019, receiving close to 130 nominations from across the province for Indigenous athletes under 25 years of age who are competing in performance sport and committed to living healthy, active lifestyles. “Congratulations to each of the 36 talented athletes selected as regional award recipients this year,” said Lisa Beare, Minister of Tourism, Arts and Culture. “Your extraordinary achievements in sport and school and as community leaders are an inspiration to everyone in B.C. I wish you the very best as you continue to strive for greatness in athletics and beyond.”

“Our region has gathered to recognize six incredible youth leaders,” said Courtenay Gibson, Vancouver Coastal Regional Leader for I·SPARC. “Tonight, we honour not only their athletic achievements, but their character, spirit and leadership and look forward to their continued success and dedication to their communities and the sports they love.”

These Regional recipients automatically serve as nominees for the Provincial Awards selected in early 2020. 10 Provincial Recipients will be awarded at the Gathering Our Voices Opening Ceremony in Kamloops on March 16, 2020 and go on display at the BC Sports Hall of Fame. 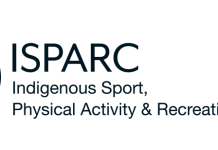 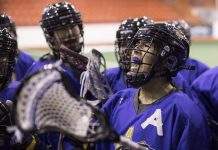