The University of Ottawa Gee-Gees opened their campaign at the KELME 2019 FISU University World Cup – Football with a dominant 2-0 win over host China’s Donghua University, behind a two-goal effort from striker Emma Lefebvre.

It was a warm but rainy evening at Quanzhou Vocational and Technical University Stadium in Jinjiang, China for Ottawa’s first match of the FISU World Cup tournament.

The Gee-Gees quickly turned on the pressure, falling just short on a handful of opportunities in the early stages of the contest. Three consecutive corner kicks wore the Donghua defence down, eventually leading to the turning-point of the first half.

Delaney Rickart-Hall collected the ball following a collision and found a surging Mikayla Morton who charged toward the Donghua net. Morton delivered the ball across to fourth-year striker Lefebvre, who beat the keeper for the first goal of the match in the 31st minute.

Despite intense back-and-forth physical play, the Gee-Gees were able to be dominant in keeping the ball in the offensive end to start the second half.

Strong on defence throughout the U SPORTS season, Ottawa continued their excellent play on the backline, holding Donghua to only one shot on goal in the match. Offensively, the Gee-Gees earned five corner kicks to Donghua’s two.

In the 67th minute, Levebvre and the Gee-Gees iced the game with a second goal, securing their first win of the group stage. Goalkeeper Margot Shore secured the clean sheet in the victory. 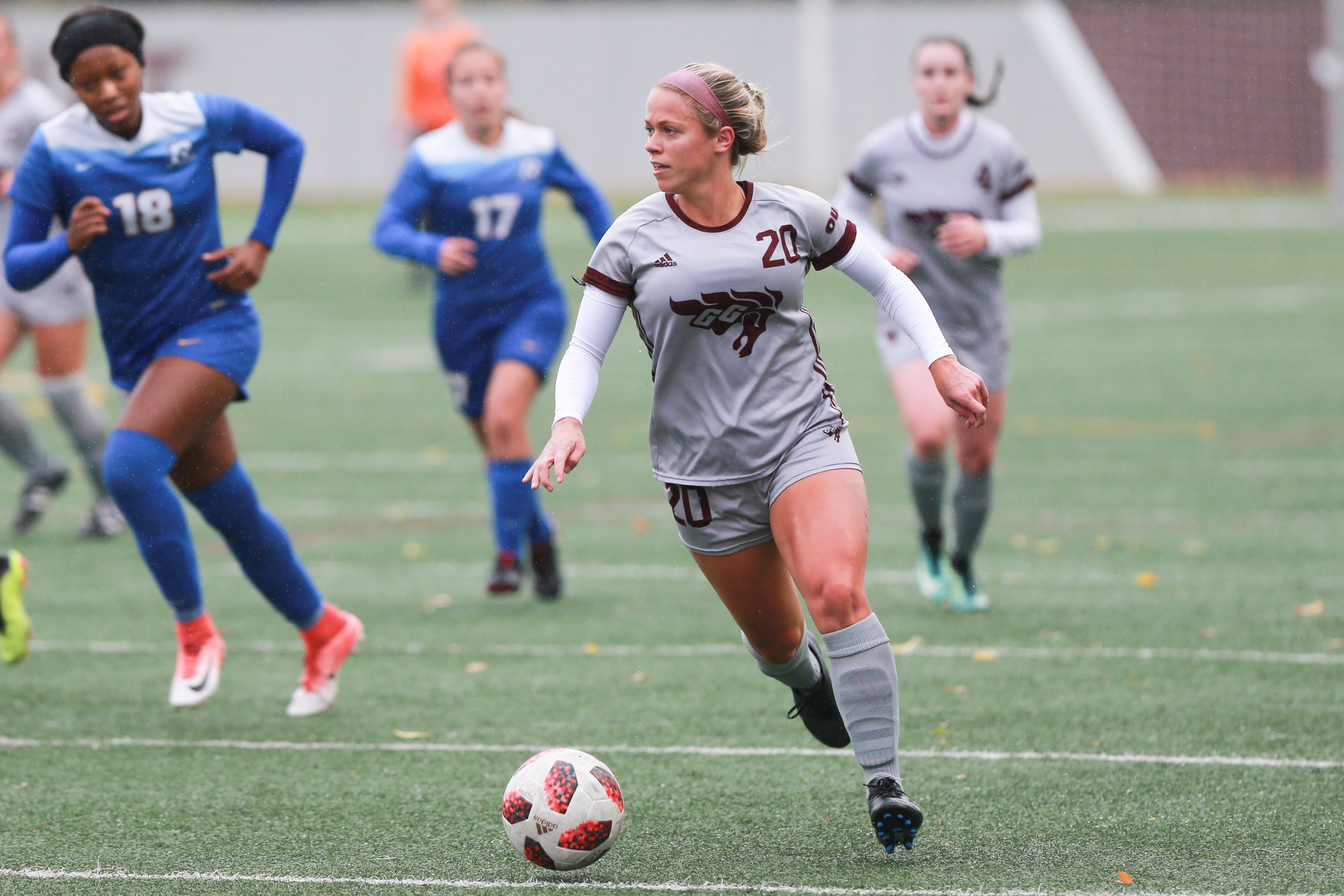 The Gee-Gees will have a day of training before their second group stage match on Sunday against Russia’s Siberian Federal University, who suffered a 3-0 loss in their tournament opener to Thailand’s College of Asian Scholars.