Broadcast info: the game is televised on TSN in Canada, ESPN 2 in the States and can be heard nationally across the TSN Radio Network. 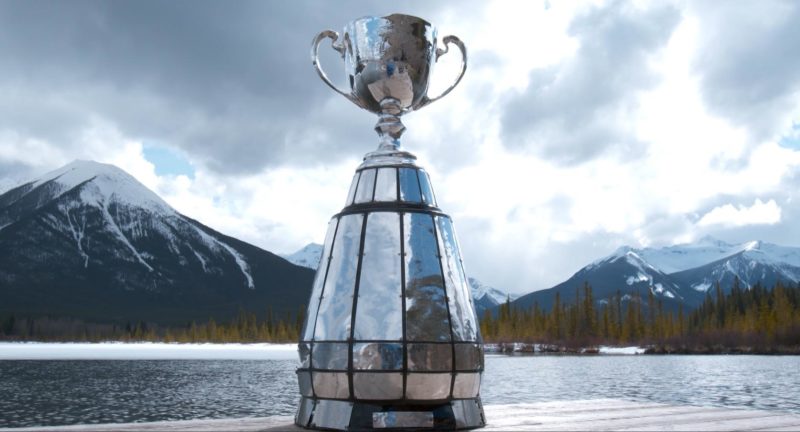 The skinny: As is the case in most years, there will be plenty of storylines to chew on. You have the two CFL teams with the longest Grey Cup droughts: the Bombers were last champions back in 1990 while Hamilton’s most recent title was in 1999 (side note: both of those Grey Cups were played at BC Place). For a second straight week, Winnipeg quarterback Zach Collaros will look to take down one of his former squads. He was with Hamilton for their last Grey Cup appearance- a 2014 loss to the Calgary Stampeders- and has battled injuries ever since. And what do you know? The man who gave him his most recent concussion, Simoni Lawrence, is on the other side in this matchup. That hit took place in week one when Collaros took his last snap as a member of the Saskatchewan Roughriders.

On the other side, Hamilton pivot Dane Evans looks to complete his storybook run in style after taking over for the injured Jeremiah Masoli. Ironically, it was during a win over the Bombers on July 26th when Masoli went down with a torn ACL. At that point, many pundits thought Hamilton’s Grey Cup hopes might be in jeopardy. Hamilton completed the regular season sweep with a 33-13 drubbing in the Manitoba capital on September 27th. That win gave Hamilton an 11-3 record and dropped the Bombers to 9-5. The Ticats are currently riding a seven-game win streak when you factor in last weekend’s Eastern Final against Edmonton.

Grey Cup history: This will mark the 11th Grey Cup between these two storied franchises. The first came way back in 1935 when the Winnipeg ‘Pegs defeated the Hamilton Tigers. The most recent Grey Cup meeting came when the Bombers beat Hamilton in 1984. Overall, Winnipeg holds a 6-4 record against Hamilton in the Grey Cup. This is also the first time since that 1984 meeting where Winnipeg is in the Grey Cup as the West Division representative. Their appearances in 1988, 1990, 1992, 1993, 2001, 2007 and 2011 all came during different periods where they were an East Division club.

Matt Baker, BC Lions digital content coordinator: 27-25 Blue Bombers. ” They’ve run through the Western gauntlet of teams that were both expected to beat them. This Grey Cup feels like the type of back and forth game that will come down to the leg of Justin Medlock. It might not be a field goal with zeros on the clock, but it has all the makings of being decided in the final three minutes. After falling to third in the West Division and dealing with their slew of injuries, these Blue Bombers have played the underdog role perfectly. Maybe there was a bit too much pressure on them when they were 7-1 and looking like the runaway favourites in the division. The Bombers’ defensive front led by Willie Jefferson will have to be a difference-maker as well. Limiting the Ticats’ ability to make big plays on offence will also be a major factor.”

Jamie Cartmell, BC Lions director of communications: 29-23 Tiger-Cats:”Typically, when you finish in first place you either get tripped up in that first game- we’ve seen it here with us in 2012- and you leave rings on the table or you can overcome yourself and not get tripped up after having a bye. When you do that, there is something to be said where your head is at as a team. I think that Hamilton is just a very well balanced team that can get it done. If they’re lacking in something on offence, they can make up for it on defence. If their defence is giving up some yards then they’ve got the playmakers to answer. I like Hamilton. I like Winnipeg’s galvanized attitude of playing the underdog and I’m happy that a guy like Zach Collaros can overcome and persevere. But I think it’s going to be Hamilton by about six and it’s decided late. They’ll grind it out like they do in Steeltown.”

Neil McEvoy, BC Lions director of football operations:  21-20 Blue Bombers. “Hamilton is a great football team but I think Winnipeg is playing hot at the right time and firing on all cylinders. Winnipeg’s defence and defensive line, in particular, seems to be the core of that team. The key is going to be slowing down Dane Evans, Brandon Banks and the Ticats’ high-powered offence. They have proven in their two playoff wins that they are opportunistic and take advantage of any change in momentum. In their two playoff wins, Winnipeg has also proven to be very opportunistic in their turnover game.”