Since being established in 1992, the Peter Williamson Memorial Bursary has supported the educational pursuits of over 70 national team athletes, many of whom have gone on to represent Canada on the World Cup circuit and at the Olympic Games.

Each year, dozens of student-athletes are evaluated on their combination of athletic and scholastic achievements; commitment to balancing training and schoolwork; ability to communicate well with coaches, teammates and classmates; and ability to demonstrate leadership qualities both on and off the ice. A pair of up-and-coming skaters, both with ambitious educational goals, rose to the top of this year’s crop of applicants.

Bernier (Montreal, Que.) is currently studying towards a Bachelor of Commerce in Finance from the John Molson School of Business at Concordia University if Montreal. After graduating, the 24 year old member of the national team plans to obtain his Chartered Financial Analyst (CFA) designation, one of the highest distinctions in the financial sector. In addition to his studies, Bernier made his World Cup debut this season, joining his Canadian teammates for competitions in Nagoya and Shanghai.

Howe (Canmore, Alta.), 19, is currently a second year student at the University of Calgary, where he is working towards a Bachelor of Science, with a major in Mathematics. After receiving his degree, the three time ISU World Junior Championship participant is planning to pursue graduate studies with a focus on urban planning, business or education. The Olympic Oval based skater competed in his first World Cup and World Single Distance Championships last season, where he raced a combination of the 500m, 1000m and 1500m distances.

This prestigious award is named in honour of the late Peter Williamson (1946-1991), a 1968 Olympian who held coaching and technical roles for both the Manitoba Speed Skating Association and the Canadian Amateur Speed Skating Association. He was very much aware of the importance of a good education and was of the opinion that sport and education, in varying forms, could be combined to truly stimulate success in each other.

“Receiving this bursary is not only an honour, it’s a source of motivation for the continuation of my academic pursuits. Being a student-athlete on the national team is definitely a challenge, but it is possible. School brings an important balance in my daily life. I think that preparing well for my post-skating career is important and I hope to encourage younger skaters to do the same.”

– Mathieu Bernier
“I am honored to have been selected to receive the Peter Williamson Bursary. This bursary has been awarded to many talented and accomplished skaters who have gone on to represent Canada at World Cups and the Olympic Games, therefore I am very pleased to become part of this select group. I am committed to both my sport and academics and greatly appreciate the recognition and support that this bursary provides.”
– Connor Howe
“On behalf of the Williamson-Derraugh family, we are pleased to congratulate this year’s winners Mathieu Bernier and Connor Howe on receiving the Peter Williamson Memorial Bursary. This award is important as it recognizes not only an athlete’s skating pursuits, but their academic goals and accomplishments. Education is integral and this bursary encourages a balanced life between sport and academics. Thank you to Speed Skate Canada for helping this year’s winners.”
– Tyler Williamson Derraugh 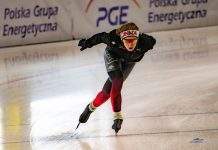