Vancouver Whitecaps FC announced on Monday that the club has acquired Lucas Cavallini from Liga MX side Club Puebla on a club-record transfer fee. The Canadian international has agreed to a Designated Player contract through 2022 with an option for 2023. Cavallini will officially join the club’s roster pending receipt of his International Transfer Certificate.

“We are thrilled to welcome Lucas and his family to our club and our city,” said Whitecaps FC sporting director Axel Schuster. “We’ve followed his career closely for a number of years. He has enjoyed a lot of success playing in two of the most difficult leagues in the Americas, is an important member of Canada’s resurgence on the international scene, and now we are happy to welcome him to the Whitecaps.”

Most recently, Cavallini, who turns 27 later this month, played the last two and half seasons with Liga MX side Club Puebla. At the top level in Mexico, Cavallini scored 29 goals and added eight assists in 81 appearances across all competitions.

“We’ve been looking for a forward with the characteristics of Lucas,” added Whitecaps FC head coach Marc Dos Santos. “Lucas is committed when the team doesn’t have the ball, and at the same time he’s very hungry to get in the box and make a difference in the attacking half. He has the right mentality and qualities on and off the pitch. Lucas will bring a lot to our team and we are very happy to have him join our club.”

Prior to moving to Mexico, Cavallini first left Canada in 2009 to join the youth set-up of Club Nacional de Football, one of the most decorated clubs in Uruguay, and eventually earned a first team contract in 2012. During his five plus seasons in the Uruguayan Primera División with Club Nacional, Club Atlético Juventud, CA Fénix, and CA Peñarol, Cavallini scored 44 goals and added 11 assists in 125 appearances across all competitions.

“I am happy to be here, happy for this opportunity, happy this club pushed for me, and it feels great,” added Cavallini. “I am thankful to a lot people here in Vancouver, from the ownership, to Axel Schuster and coach Marc Dos Santos. The team has brought me here for a reason and I have to do what I love to do, which is score goals and give the fans a lot to cheer about.”

At the international level, Cavallini has scored 11 goals in 17 caps with Canada including the 2017 and 2019 Concacaf Gold Cups. This past year, the forward scored eight goals in seven games including two at BC Place against French Guiana in Concacaf Nations League Qualifying, as well as one against Mexico in the Gold Cup and one against the United States in the Concacaf Nations League. The product of Mississauga, Ontario has also represented Canada at the U-20 and U-23 levels.

TRANSACTION: Whitecaps FC acquire Lucas Cavallini from Liga MX side Club Puebla. Cavallini agreed to a contract through 2022 with an option for 2023 – pending receipt of his International Transfer Certificate. 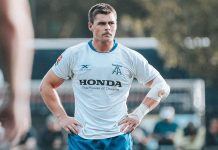