The Victoria Royals received a two-goal performance from Kaid Oliver, and 32 saves from goaltender Shane Farkas to beat the Kelowna Rockets 2-1 on Friday night.

BC Battles: With tonight’s win, Victoria moves to 14-5-0-0 against BC Division opponents. Amongst the five teams in the division, the Royals have gained the most points from divisional games with 28.

Road Trip: Victoria is now 3-0-0-0 on their five-game BC Division road trip and have outscored their opponents 11-2.

PK Power: The Royals successfully killed off all four of their penalties tonight and have not allowed a powerplay goal against in their last five games (17/17=100%).

One Goal Games: Victoria now holds a record of 11-4-2-0 in games decided by one goal.

Shutout Streak: Royals’ goaltender Shane Farkas had his shutout streak end at 146:26 minutes. Prior to Kaedan Korczak’s tally, Farkas last allowed a goal at the 2:21 mark of the first period on December 30th vs. the Kamloops Blazers.

Up Next: The Royals will continue their five-game BC Division road trip tomorrow night against the Kamloops Blazers at 7:00 p.m. 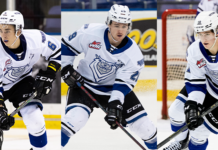 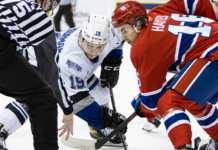 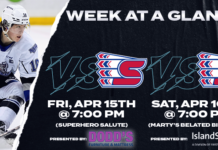