In a rebound performance, the University of Saskatchewan Huskies men’s hockey team scored four goals in the third period to seal a 5-0 win against the Alberta Golden Bears on Jan. 4, 2019 at Merlis Belsher Place.

In their final matchup of the regular season, the Huskies were victorious over their rivals to pick up the weekend split.

Collin Shirley led the way for the Huskies with a four-point performance, while Carson Stadnyk scored twice including the game-winner. Jeff Faith and Levi Cable also found the back of the net while Logan McVeigh and Shane Collins each tacked on helpers in the win.

Taran Kozun was sensational between the pipes for the Huskies, stopping all 35 shots to record his second shutout of the season. Kozun was sharp in the losing effort on Friday night but was rewarded with his tremendous play on Saturday evening, with the win being his tenth in his last 12 starts.

“How good has Taran Kozun been since the day he got here?” said Huskies head coach Dave Adolph. “You have to have good goaltending to win. Kozun is so competitive, and last night he was good but tonight he was even better.”

At the other end of the ice, Golden Bears goaltender Matt Berlin made his second consecutive start for the visitors, stopping 17 of the 22 shots he faced.

The Huskies, who entered the contest in a tie with the Mount Royal Cougars in the Canada West, reclaimed sole possession of third place with the win. The victory improves their record 12-4-2, with the win coming as their ninth in their last ten contests.

The Golden Bears entered the contest looking for the season sweep with the club picking up both games over their rivals in Edmonton earlier this year. With the loss, Alberta falls to 15-3-0 in 2019-20, allowing the Calgary Dinos to move within two points of their enemies to the north.

“Alberta is a really good team. They’re going to be a handful for anybody, whether that’s midseason, beginning or end,” said Adolph.

After being shutout the night prior, it was Stadnyk who lit the lamp to open the scoring, providing the Huskies with the first goal of the weekend. Stadnyk walked into the slot and took advantage of the time and space, wiring a wrister off the post and in with the powerplay tally giving Saskatchewan a 1-0 lead.

Despite outshooting the Huskies 14-8, the Golden Bears trailed by one through twenty minutes of play.

Alberta controlled the play throughout the majority of the second frame but came away with nothing to show for it, as they held the Huskies from getting a shot on goal until the 11-minute mark of the frame.

Saskatchewan was able to weather the storm, killing off a total of five minutes of penalties in the frame and maintaining their one-goal lead through forty minutes of play.

The third period is when the Huskies took over. Stadnyk buried his second of the night, and just 18 seconds later, Faith was rewarded after crashing hard to the net, as the freshmen forward found the loose puck on the doorstep and banged it home past Berlin to make it 3-0 Huskies.

Less than two minutes after Faith’s tally, Dmytriw spotted a streaking Shirley who snuck past an Alberta defenseman and proceeded to break in alone and collect his first goal of 2020 to extend the Saskatchewan lead to four.

The Huskies will head west to Lethbridge next weekend for a pair of tilts against the Pronghorns, with their next home games coming on Jan. 24 & 25 at Merlis Belsher Place against the UBC Thunderbirds. Meanwhile, the Golden Bears will play in Calgary against the Mount Royal Cougars on Jan. 10 before returning to Clare Drake Arena for the second half of the home-and-home on Jan. 11. 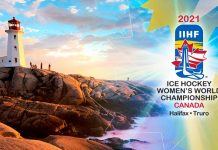 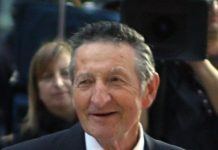