Last weekend saw this year’s BC Rugby Conference take place at St. George’s School in Vancouver.  Despite the wintery conditions, over 120 coaches and referees from across the Province and beyond gathered for two days of knowledge sharing and networking.

The aim of the BC Rugby Conference is to help coaches and referees develop their knowledge base and skill set, enabling them to build the game of rugby at all levels, from minis to National Programs.  Attendees took part in a range of sessions including classroom discussions, on-field demonstrations and Q&A sessions with experts from a variety of fields.  A common theme across the weekend was challenging preconceptions and illustrating how to generate greater levels of participation and learning through games.

Russell Earnshaw, RFU Coach and co-founder of The Magic Academy, was on hand to run sessions as a primary instructor for coaches.   Returning to Vancouver after successfully heading up the 2019 BC Rugby Conference, Earnshaw was excited to once again work with members of the Canadian rugby community. “I really enjoy coming here to Vancouver, it’s a big change in many respects.  Coaches here look at the game differently, have different challenges and I get asked questions that really keep me on my toes.”  Retired international referee Chris Pollock and Major League Rugby (MLR) Referee Coach Sean McDonaugh led the referee’s program, delivering sessions on movement, positioning and decision making. 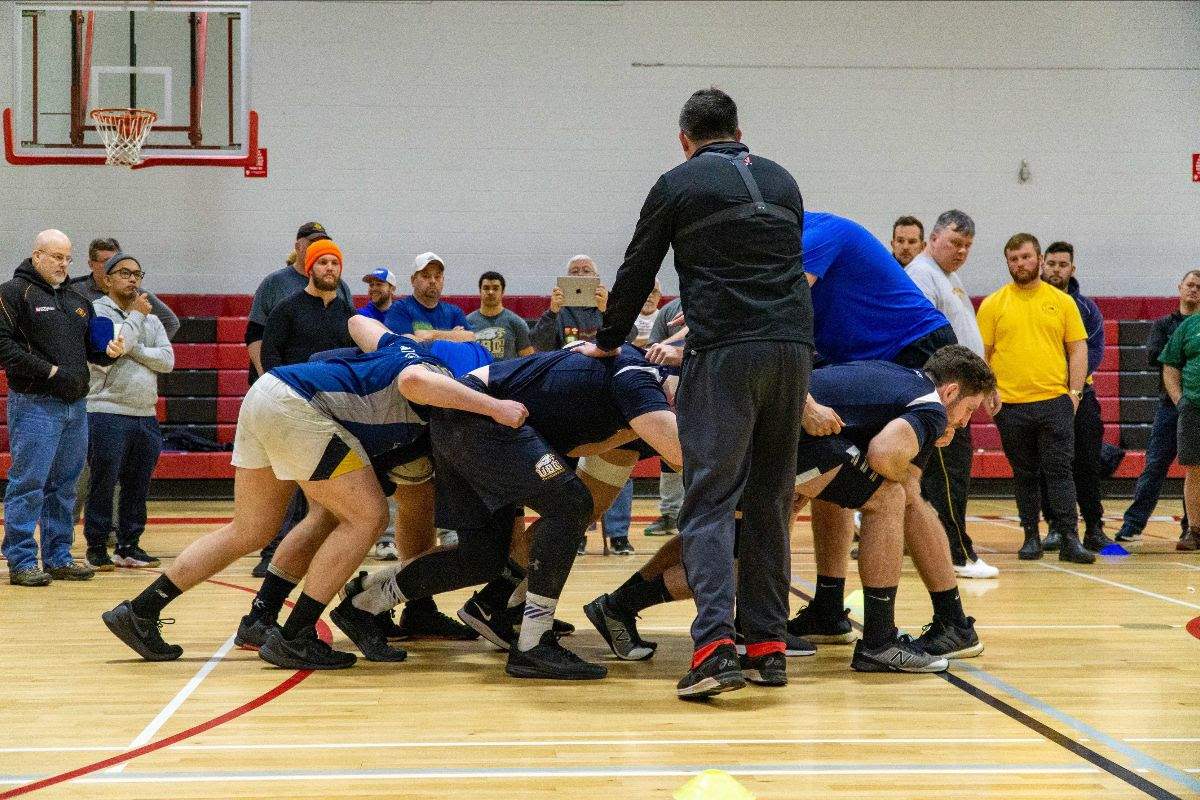 “This was a really important weekend,” said Aaron Takel, Rugby Development Manager (Men & Boys) at BC Rugby.  “We’ve been able to kick off the year on a really positive note and hopefully give a lot of the attendees plenty of new ideas and energy to take back to their teams.  This year’s conference took a holistic approach, touching on mental skills, game analysis, tactical and technical skills and I think we did a good job of crafting a well-rounded experience for those who attended.  We also tried to disrupt the traditional idea of a conference, minimising the use of slides and lectures and including more interactive and dynamic sessions.  The attendees seemed to really engage with this structure as the weekend progressed, so hopefully, we’ve helped challenge existing thinking and give them some new toys to play with.  It will be exciting to hear feedback over the course of the year and see how some of these ideas are being introduced in coaching sessions across the province.”

Chris Assmus, Rugby Education Manager at BC Rugby, reflected positively on the conference as a whole. “It is always a challenge having a conference so close to the Christmas break, but the attendees all seemed really keen to get the most out of the weekend.  To have world-renowned presenters like Russell, Sean and Chris delivering sessions is quite a unique opportunity and it was great to see how engaged and open-minded everyone was.  Events like this are so vital for keeping our coaches and officials at the top of their game and, ultimately, improving the quality of rugby that is played on pitches across BC.”