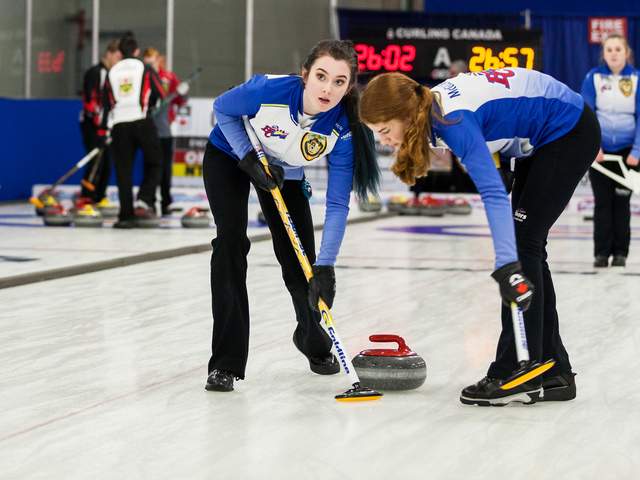 A ruckus crowd armed with cheers, chants, bells, and yells descended upon the George Preston Recreation Centre in the Township of Langley for Draw 6 action of the 2020 New Holland Canadian Junior Championships.

While many of the fans have travelled from all across Canada to be in British Columbia’s lower mainland to support friends and family representing varying provinces and territories, many were BC locals who showed up to watch some of Canada’s best youth curlers take to the ice.

The win moves the BC women to 2-2, keeping them in the championship pool race.

“We played really well that game and we’re still in it,” said skip Kaila Buchy. “If we keep that up, we’ll have a chance at making the championship round.”

Alternate Samantha McLaren added that the home crowd motivation kept them sharp on the ice: “It’s really special because all our friends and family can come out and watch us. We definitely hear that extra cheering.”

Buchy knows the road to the championship round is a difficult round and is keeping her expectations realistic.

“That’s our first goal, if and when we can make it (to the championship round). All the teams here are excellent so it’s still anyone’s game.”