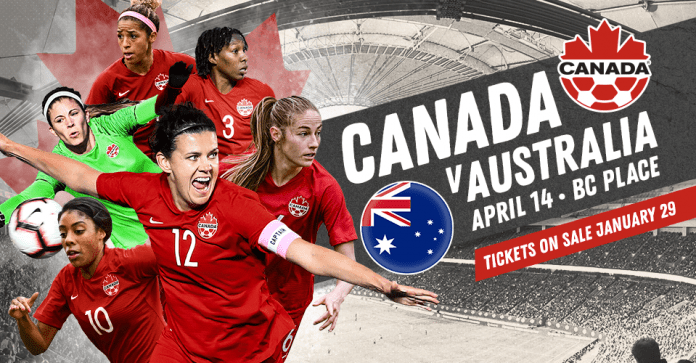 They’re coming home: Canada Soccer’s Women’s National Team will face Australia on Tuesday 14 April in Vancouver, British Columbia. The 2020 Women’s International Friendly match will be played at BC Place with tickets to go on sale this coming Wednesday 29 January.

The home international soccer match will provide Canadian fans with an opportunity to see their favourite players live in action, including captain Christine Sinclair who is chasing the world’s all-time international goalscoring record. It will be the Women’s National Team’s first international match at BC Place since a 1:1 draw with world champions USA back on 9 November 2017. The upcoming Canada-Australia match will kick off at 19.30 local on Tuesday 14 April.

“We are excited that the Women’s National Team will be back in action in Vancouver at BC Place in April,” said captain Christine Sinclair. “The stadium has a special place in my heart as it is in my home province of British Columbia, so we are looking forward to see everyone there.” 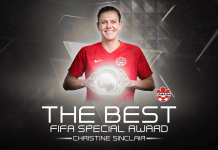