Kevin most recently was a member of the Ottawa RedBlacks where he recorded eight special teams tackles in seven games during the 2019 season.

The Toronto native spent his first three CFL seasons (2016-18) with the Saskatchewan Roughriders where he suited up in 45 games and registered 15 defensive tackles, 29 special teams tackles and a pair of forced fumbles.

Micah Johnson (A) has signed a one-year contract with the team.

Over the course of his CFL career, Micah has established himself as one of the league’s premier pass rushers. In 96 career games, the 31-year old has recorded 184 defensive tackles, 45 sacks and six forced fumbles.

“We are thrilled to get a player of Micah’s calibre here with the BC Lions, “ said GM Ed Hervey.

“His track record as one of this league’s most dominant defensive players will make our entire team better.”

His best campaign came in 2018 when he led the CFL with 16 sacks to go along with 28 defensive tackles, three forced fumbles and an interception and then capped it all off by helping Calgary win the 106th Grey Cup. Micah’s 2018 performance also earned him the Stampeders’ team nominee for CFL Most Outstanding Defensive Player.

Before moving north for the 2013 campaign, Micah attended training camps with the Miami Dolphins (2010), Kansas Chiefs (2011) and had a stint on the Cincinnati Bengals practice roster in December of 2011.

Micah previously enjoyed a successful four-year NCAA career at Kentucky where he was voted to the ALL-SEC Freshman Team and helped the Wildcats take down Clemson in the 2006 Music City Bowl where he scored the game’s first touchdown as a running back. As a junior, Micah earned first-team ALL-SEC honours.

Ryker Mathews (A) has signed a two-year contract with the team.

The native of American Fork, Utah joins the Lions following a three-year stint with the Hamilton Tiger-Cats where he suited up in 41 games. Ryker enjoyed his most successful campaign in 2019, helping anchor an offensive line that played a big role in Hamilton leading the CFL in net offence, points scored, passing yards and first downs.

He was also named a CFL East Division All-Star and suited up in the 107th Grey Cup to cap off his tenure in Steeltown.

Before moving north, Ryker signed with the New Orleans Saints as a non-drafted free agent in 2016 and attended training camp with the club.

Ryan Brown (A) has signed a one-year contract with the team.

Ryan joins the Lions following a two-year stint with the Montreal Alouettes where he recorded 29 defensive tackles, eight sacks and a pair of forced fumbles in 31 games. He later attended a workout with the Minnesota Vikings in December.

In four seasons (2012-15) at Mississippi State, Ryan had 91 defensive tackles and seven sacks while also being named the SEC Defensive Lineman of the Week after a 2015 win against Troy University.

The BC Lions added yet another piece on Tuesday’s free agent frenzy, signing former Ottawa RedBlacks defensive lineman J.R. Tavai (A) to a one-year contract.

The 26-year old is coming off a productive season in the nation’s capital where he recorded a team-leading seven sacks to go along with 49 defensive tackles and three forced fumbles.

J.R. migrated north after spending parts of two seasons (2015-16) on the Tennessee Titans practice roster. He originally signed with the Titans as a non-drafted free agent in 2015 after four productive seasons at the University of Southern California.

Chris Casher (A) has signed a one-year contract with the team.

The native of Mobile, Alabama spent 2019 with the Calgary Stampeders where he racked up 34 defensive tackles, seven sacks and a forced fumble in 16 games.

Following NFL training camp stints with the Oakland Raiders and New York Giants, the 26-year old was signed to the Winnipeg Blue Bombers practice roster in October of 2017 and attended 2018 training camp with the club.

Chris played his senior college season at Faulkner University and recorded 60 tackles and eight-and-a-half sacks in ten games. Prior to his transfer, Chris attended Florida State for three seasons and was part of the school’s National Championship squad of 2013. He recorded 61 tackles in 35 games for the Seminoles

Derek Jones (N) has signed a two-year contract with the team.

“I’m stoked to be joining such a great organization,” said Jones from the club’s practice facility on Tuesday.

“Talking with Ed and Rick and hearing their overall vision for this team made it an even easier decision for me to come home.”

The Simon Fraser product was drafted in round four (29th overall) by the Winnipeg Blue Bombers in 2014. In 93 career games, the special teams ace blocked six punts while recording 54 special teams tackles to go along with 27 defensive stops, one sack and a forced fumble. Derek was also a member of the Bombers 2019 Grey Cup-winning squad.

In four seasons at SFU, Derek racked up 102 defensive tackles and four interceptions. His father Ed played nine games with the Lions as a defensive back in 1984 after helping the Edmonton Eskimos win five straight Grey Cups from 1978-82.

Cameron Walker (N) has signed a one-year contract with the team.

The London, Ontario native has suited up in 65 games over the past five seasons split between Toronto, Hamilton and Ottawa while seeing most of his action on special teams.

The 27-year old was originally drafted by the Argonauts in round three (21st overall) of the 2015 CFL Draft and was a member of their Grey Cup-winning squad in 2017. His most productive season came in 2018 where he recorded 11 special teams tackles, three defensive stops and a quarterback sack.Cameron enjoyed a productive four-year career at the University of Guelph where he registered 108 total tackles, 12 sacks and three forced fumbles in 31 games.

Chris Rainey (A) has signed a one-year contract to return to the organization he called home from 2015-18.

“Having a playmaker like Chris back with the Lions will be a major boost to our special teams unit,” said Lions GM Ed Hervey.

“His speed and ability to flip the field position on any given moment will also be beneficial to our offence.

One of the CFL’s most dynamic playmakers, Chris spent 2019 with the Toronto Argonauts where his 1,196 kickoff return yards were good for second in the entire league while he added 16 punt returns for 596 yards, including a 79-yard touchdown during a loss to the Lions on July 6th at BMO Field.

In his first stint in orange and black, the native of Lakeland, Florida became the club’s all-time leader in kickoff return yards (5,229) and also led the CFL in that category in both 2016 and 2017.

Chris also returned 260 punts for 2,908 yards- second all-time to Larry Crawford in club history- and four touchdowns while racking up another 1,852 yards and 12 touchdowns from scrimmage.

A fifth-round draft pick of the Pittsburgh Steelers in 2012, Chris suited up in 16 games over two seasons with the organization before spending time with the Indianapolis Colts and Arizona Cardinals.

Chris enjoyed a productive NCAA career with the Florida Gators and helped the program win both the 2008 SEC Championship and 2009 BCS National Championship. In 52 games for the program, Chris recorded 3,713 all-purpose yards and scored 19 touchdowns.

Garry Peters has signed a two-year contract to remain in orange and black. Garry was eligible to become a free agent.

“Garry was an integral piece to our improved secondary last season and having his athleticism and speed back with the likes of Aaron Grymes and T.J. Lee will be a huge boost to our defence,” said GM Ed Hervey.

The Atlanta native and former standout with the Clemson Tigers enjoyed his most productive season in 2019, recording a career-high four interceptions to go along with 63 defensive tackles and a forced fumble.

He originally signed with the Lions as a free agent prior to the 2018 season following two years with the Edmonton Eskimos.

Garry made 17 starts over four seasons at Clemson and was named a First-Team All-ACC selection in 2014 after recording 45 tackles- eight of those for a loss-, two sacks, 12 pass breakups and one interception in 12 contests. He also helped the Tigers take down Odell Beckham Jr., Jarvis Landry and LSU in the 2012 Chick-Fill-A Peach Bowl. 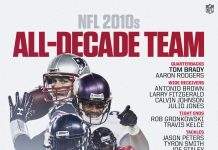 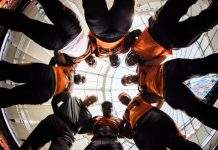 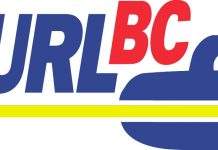 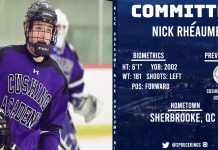 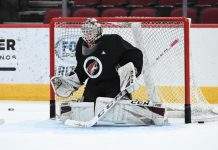