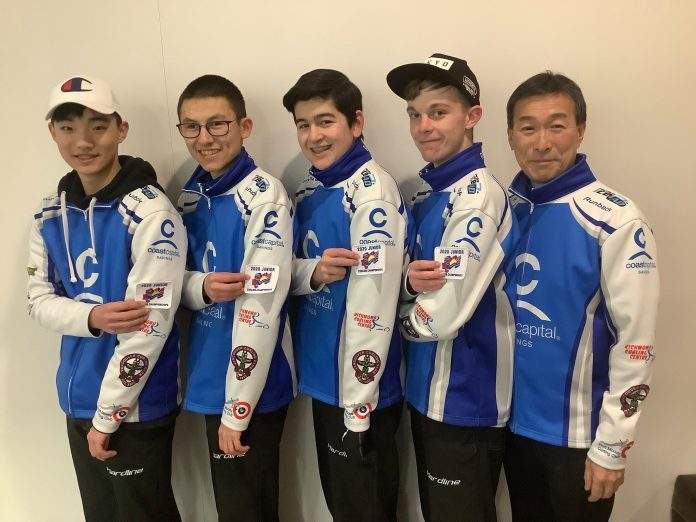 British Columbia’s young curling talent will be descending upon Parksville Curling Club  for the 2020 BC U18 Curling Championships. The final set of teams that will be competing in the event was determined at regional qualifiers this past weekend.

At Okanagan playdowns in Kelowna,  two girls teams from Kamloops qualified – Team Calhoun and Team Hafeli. The two Kamloops teams were also competitors at the U21 level. One boys’ team also  qualified in Kelowna – Team Antunes from Summerland/Penticton/Oliver/Kelowna.

The two U18 teams to have earned their spots for the U18 championships at an open playdown in Kamloops in December were Team Tao (Richmond/Vancouver/Port Moody) and Team Buchy (Kimberley/Kelowna/Delta Thistle).

The 2020 BC U18 Curling Championships will be taking place from Mar. 17-22 at Parksville Curling Club on Vancouver Island.

The winners of the event will compete in Sudbury, Ont., at nationals. The Canadian championships are scheduled for April 21-26, and will be co-hosted by the Idylwylde Golf and Country Club and the Gerry McCrory Countryside Sports Complex