He grew up in the unmistakable football hotbed of Miami, Florida and harboured the same professional dreams as many of the other youngsters in his region. It wasn’t until an unexpected visit to Atlanta where the Ottawa RedBlacks were staging an open tryout that newly-signed Lions receiver Dominique Rhymes saw some light at the end of the tunnel.

“I knew about the CFL but had no idea about any of these workouts,” recalled Rhymes from Ottawa on Friday afternoon.

“My best friend Terrance Lowder told me about this one and said ‘you better get there. You have the talent.’ So, at this workout, there was me and about 300 others. I managed to get an invite to training camp.”

It turned out to be a wise judgment of talent. After appearing in 19 games over his first two seasons in the nation’s capital, Rhymes enjoyed his big breakout season in 2019 where he led the RedBlacks with 1,056 yards and caught 65 passes with five of those going for touchdowns.

To show you just how much production the Lions could be getting, Bryan Burnham at 1,492 yards was the only receiver on the team with more than Rhymes last season. It makes one wonder how he remained on the open market for ten days. 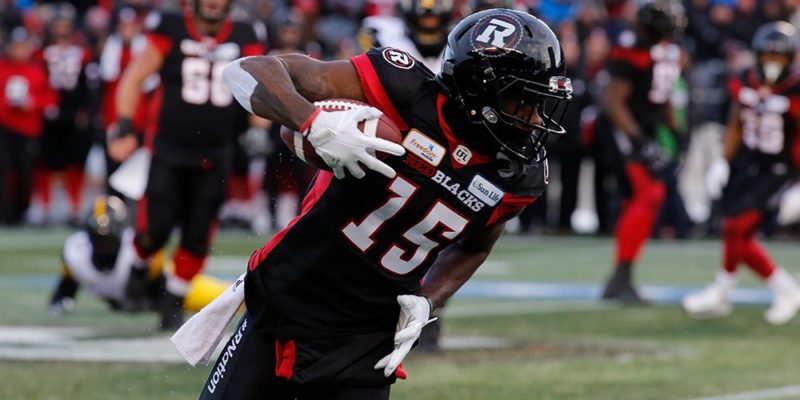 At any rate, the chance to play in a receiving corps. with Burnham, Lemar Durant, Shaq Johnson, Jevon Cottoy and his former Ottawa teammate Caleb Holley was simply too good to pass up. Not to mention, the chance to catch passes from that Mike Reilly guy.

“They are building something really special there,” said Rhymes.

“You’ve got all of those electric guys already there and the guy who I believe is the best quarterback in the CFL. It’s a no-brainer. I just look forward to contributing what I can to the team and it’s going to be exciting.”

One of the key figures who saw his skillset right away was none other than Rick Campbell. Rhymes credits the only pro head coach he’s ever known for his chance to carve out a pro career.

“From the time I first arrived until now he has developed me and helped me reach my full potential,” explained Rhymes.

Rhymes played three seasons at Florida International before transferring to Murray State for his senior year of college. When the NFL didn’t come knocking, he probably thought back to his childhood where he also had to fight for the chance to run a few routes and show what he can do on the field. His mother Pangela Fennell made sure it happened. 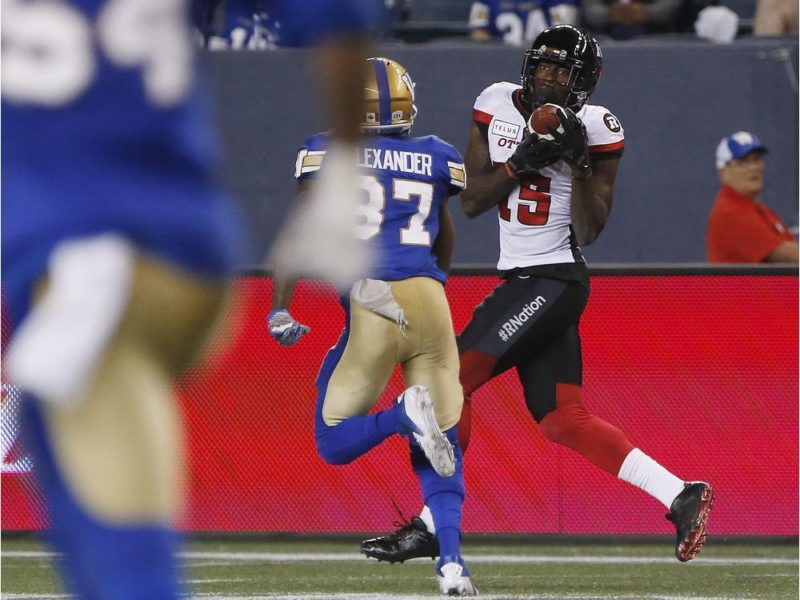 “My older brother never let me play with him and the older kids,” recalls Rhymes with a laugh.

“My mother then made me go play on the little league parks with kids my own age. I’ve been loving it ever since.”

Pangela works as a bus driver in Miami and Rhymes will always count her as his biggest inspiration.

“She’s had an amazing impact on my life,” he says.

“She was a single mom and just the way she raised us will always have an impact on me. It’s a big reason why I work so hard every day. I do it for her.”

During our conversation, we also learned Rhymes enjoys watching UFO documentaries. We couldn’t resist the chance to ask where that originated from.

“Man, I’ll watch anything on the history channel,” said the wide receiver.

“I’ve always been really into UFOs. I also watch shows about the Pyramids. There is always just so much knowledge to pick up on that channel. I can’t get enough of it.”

And now his main focus is playing a big role in BC Lions history. Anything to make mom even more proud.