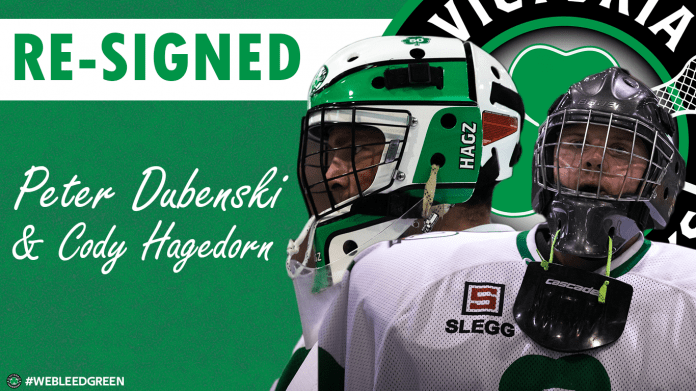 The Victoria Shamrocks are thrilled to announce that the club has res-signed both Cody Hagedorn and Peter Dubenski for the 2020 season.

The signings reunite the Shamrocks goaltending duo from last season, a season that ultimately led to a WLA Championship, and a berth in the Mann Cup.

“”Both of these guys will be counted on to be the backbone of this team. They are both great competitors and make a great one-two punch. ” said Shamrocks head coach Bob Heyes.

Hagedorn returns to the Shamrocks after one of his most productive seasons.  In 12 games in 2019, Hagedorn posted career bests in goals against average and save percentage.  In fact, his .841 save percentage and 7.02 GAA ranked 2nd in the WLA in both categories.

“Cody played in some key games and came off the bench to deliver some outstanding performances. He played great in our last game of the season that clinched first place. He also made key saves, coming off the bench in the clinching game of the WLA final versus Maple Ridge. It is assuring to know you have a guy that can come in hot off the bench or give you quality minutes.” said Heyes.

As for Dubenski, it’s safe to say that his early season acquisition from the Nanaimo Timbermen flew a little under radar.  Once Shamrocks Nation got to see Dubenski in action, he quickly became a fan favourite. “Pete was a bit of an unknown quantity in the league last year. He made the most of the opportunity when we acquired him from Nanaimo. He got stronger and more confident as we progressed to the Mann Cup. It was great to see him get his chance and make the most of it. He plays an exciting style that both the fans and players love to watch” said Heyes. 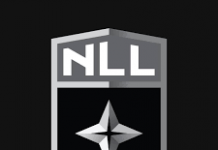 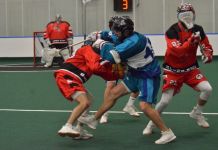