The Western Hockey League announced today Dylan Cozens, forward of the Lethbridge Hurricanes, and Adam Beckman, forward of the Spokane Chiefs, have been named nominees for the Four Broncos Memorial Trophy (WHL Player of the Year). 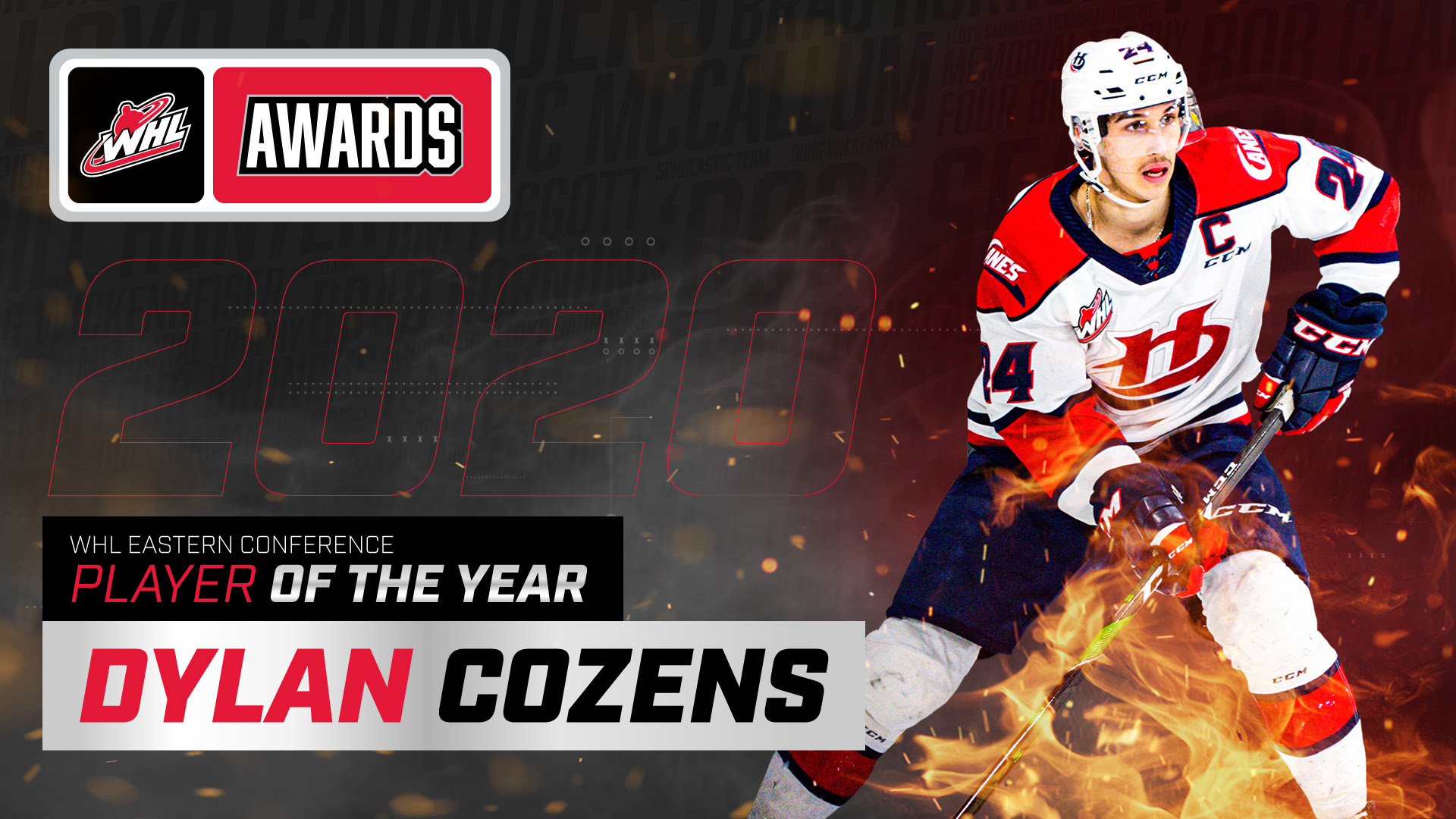 The 6-foot-3, 185-pound product of Whitehorse, Yukon finished the season tied for fifth in goals and ranked seventh in league scoring. The 19-year-old led all Eastern Conference skaters with a 1.67 points-per-game mark, which ranked third overall in the WHL. Cozens was also tied for the league lead in short-handed goals. He recorded a point in 42 of the 51 games he appeared in this season.

The Sabres chose Cozens seventh overall at the 2019 NHL Draft. 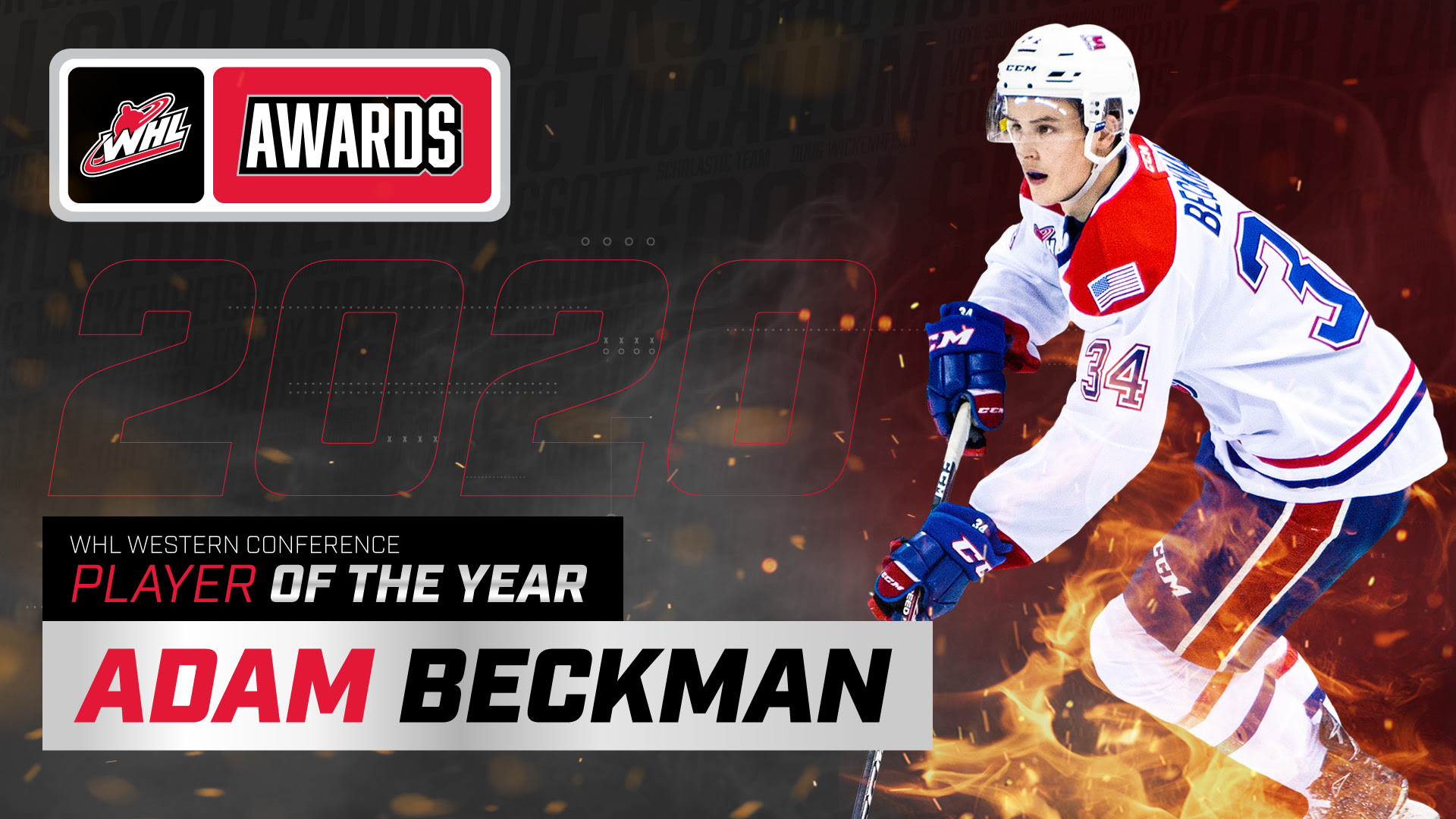 Western Conference – Adam Beckman (Spokane Chiefs)
The Minnesota Wild prospect recorded 107 points (48G-59A), including 16 power-play goals, one short-handed goal, and nine game-winning goals in 63 games. The lone player to reach the 100-point mark, Beckman was named the recipient of the Bob Clarke Trophy as the WHL’s Top Scorer for the 2019-20 WHL Regular Season in March 2020.

A 6-foot-1, 174-pound product of Saskatoon, Sask., the 18-year-old Beckman led the WHL in goals, was tied for third in assists and led the league in overall scoring. His 1.70 points-per-game led all WHL skaters. Beckman also ranked second in power-play goals among all WHL skaters.

The Wild chose Beckman in the third round (75th overall) of the 2019 NHL Draft.

The Four Broncos Memorial Trophy is the most prestigious award of the WHL and recognizes the player whose performance is deemed to be the most outstanding during the WHL Regular Season.

On December 30, 1986, the Swift Current Broncos were involved in a tragic bus crash while travelling to a game in Regina. Trent Kresse, Scott Kruger, Chris Mantyka and Brent Ruff lost their lives as a result of the crash. The Broncos have posthumously retired the numbers of all four players.

The Four Broncos Memorial Trophy serves as a constant memory in honour of the four players to this day.

WHL Eastern and Western Conference Players of the Year are voted upon annually by WHL General Managers and Head Coaches. The winner of the Four Broncos Memorial Trophy for WHL Player of the Year will be announced on Wednesday, May 20.