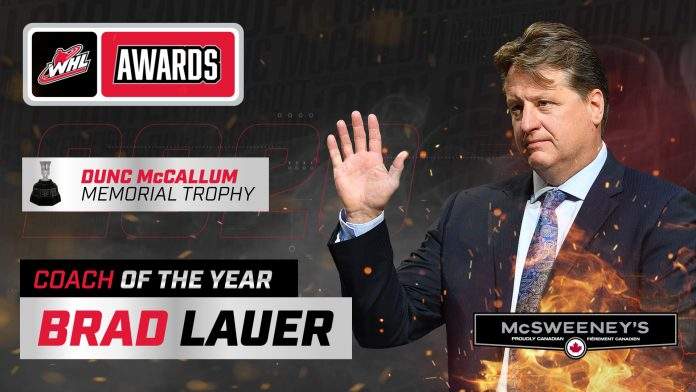 “As a proud partner of the WHL, McSweeney’s is proud to congratulate Brad Lauer of the Edmonton Oil Kings, winner of the Dunc McCallum Memorial Trophy as WHL Coach of the Year,” said Kylie Landry, Brand Manager McSweeney’s Premium Jerky & Meat Snacks.

As the recipient of the Dunc McCallum Memorial Trophy Presented by McSweeney’s Premium Jerky & Meat Snacks, Lauer is now a nominee for the Sofina Brian Kilrea Coach of the Year Award as the Canadian Hockey League’s Coach of the Year.