Out of the estimated 7,000+ male athletes from 56 schools across 12 sports who suited up for U SPORTS competition in 2019-20, University of Saskatchewan Huskies men’s hockey goalie Taran Kozun is one of just four left in the running for the prestigious for the Lieutenant Governor Athletic Awards.

Aiming to become just the second Huskie to claim the award as U SPORTS Male Athlete of the Year – after volleyball legend Adam Ends did so in 2003-04 – Kozun is looking to add to his already impressive silverware haul from this past season. The arts & science major from Nipawin, Sask. has already won both player and goalie of the year awards at both the conference and national level, becoming the first player in U SPORTS history to do so in the process, as well as being named the Huskie Male Athlete of the Year for the second year in a row.

Alongside that already sparkling resume, below are five simple reasons why Taran Kozun deserves to be the U SPORTS Male Athlete of the Year

For the last two years Kozun has been in the crease for lots and lots of wins. The 47 regular season victories that the team has accrued during that span is the most of any two-year period in program history. Personally Kozun is responsible for 37 of those wins, holding a mark of 37-6-2.

Before 2018-19 no Canada West goalie had ever recorded five shutouts in a single season. Kozun hit that mark in both 2018-19 and 2019-20. He tops both the conference and program with 11 regular season shutouts and also set a new Canada West record with a shutout streak stretching 267:53.

Kozun and his Huskie teammates broke through for the 11th Canada West championship in program history this past season. Going a perfect 4-0 in the playoffs, Kozun helped make another great moment in Huskie history by winning the first ever banner inside Merlis Belsher Place in front of over 2,660 fans.

4) He’s about as Saskatchewan as it gets.

From Nipawin, Kozun played for both the Prince Albert Mintos and his hometown Nipawin Hawks of the SJHL before embarking upon a WHL career that saw him play in 135 games split between the Kamloops Blazers and Seattle Thunderbirds, winning a WHL Goaltender of the Year Award in a 2014-15 season with Seattle in which he led the league in minutes played and save percentage.

When asked to describe Kozun, who spends his summer working for the family business, head coach Dave Adolph uses phrases like ‘team-oriented’ and a ‘people-first guy’ although the quote below sums it up best.

He’s an outstanding person and teammate from a fantastic family. He’s a really good athlete and a great representative for the University of Saskatchewan. Taran’s not a guy that ever needs or wants the spotlight, he’s family raised from Nipawin, Saskatchewan and we are lucky to have him. 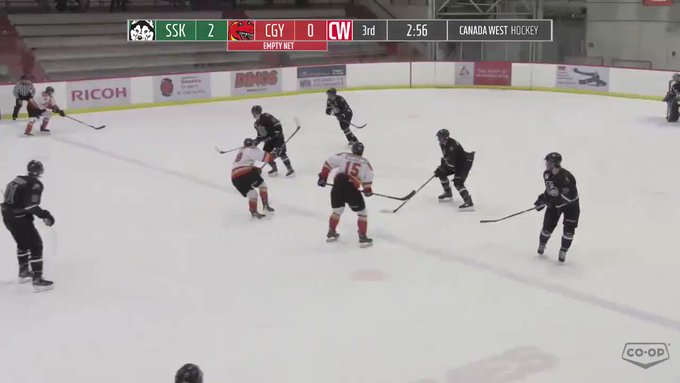 108 people are talking about this