Toronto – The Canadian Hockey League today announced that it has appointed an Independent Review Panel to review the current policies and practices in the league that relate to hazing, abuse, harassment and bullying and the allegation that players do not feel comfortable reporting behaviors that contravene these policies.

The panel will be chaired by former Premier of New Brunswick Camille Thériault and will include Sheldon Kennedy and Danièle Sauvageau.

“The CHL is committed to the 1,400 young men who play in our league and the protection of our players has been and will always be our primary concern,” said CHL President Dan MacKenzie. “This is why we have assembled this Independent Review Panel to review the effectiveness of our current policies, player experience programs and procedures for reporting off-ice misconduct, to help ensure that we are providing the safest environment free of hazing, abuse, harassment and bullying.”

Over the last 20 years the CHL and its member leagues the Western Hockey League, Ontario Hockey League, and Quebec Major Junior Hockey League, have made a number of advancements to Players First programs including extensive policies and practices to educate players and team staff on respect in sport, prevention of hazing, abuse, harassment and bullying, along with introducing a leading mental health program, Talk Today, in partnership with the Canadian Mental Health Association.

“As a former member of the Université de Moncton Aigles Bleus and lifelong hockey fan, I can attest to the fact that hockey, at all levels, is a key part of Canadian culture,” said Thériault. I look forward to working with my fellow panel members to review the CHL’s policies and practices to ensure the safety and wellbeing of all players.”

The goal is to have the report of the Independent Review Panel completed in time for the start of the 2020-21 season.

About the Panel:
Camille Thériault is the former Premier of New Brunswick, an Officer of the Order of Canada and the former chair of the Transportation Safety Board of Canada (TSB). He recently retired as the President and CEO of UNI Financial and has twice been named in the Top 50 Atlantic Business leaders by Atlantic Business magazine. He received the Queen’s Jubilee Medal in 2012 and an honorary doctorate from the Université de Moncton.

Sheldon Kennedy is a former Memorial Cup champion and NHL player who is widely known for his role in bringing the attention of abuse in sport to the forefront. He has been instrumental in bringing governments, public and private sector partners together to work collaboratively to influence policy change and improve the way child abuse is handled. He co-founded the Calgary and Area Child Advocacy Centre and the Respect Group. He has received countless awards and honorary doctorates, including being named a Member of the Order of Canada in 2014 and the Order of Hockey in Canada in 2020.

Danièle Sauvageau is known for her extensive experience in investigation, public safety, high level sport, business and sports coaching. She has more than 33 years of service in policing where she has held strategic investigative and strategic development positions. She has participated in 10 Olympic Games (2002 Gold medalist for women’s hockey) and several Pan American Games and World Championships as head coach and general manager. She has received numerous awards over the years including Canada’s Meritorious Service Cross, an Officer of the Order of Canada, and has been named the Coach of Year in Quebec three times. 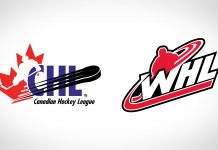 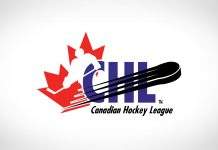