Vancouver Whitecaps FC fell just short of reaching the quarterfinals of the MLS is Back Tournament with a shootout defeat to Sporting Kansas City at the ESPN Wide World of Sports Complex on Sunday evening.

With the loss, the ‘Caps are eliminated but not without a fight, eclipsing expectations and reaching the Knockout Stage with a young and undermanned roster. After a stellar performance from Homegrown goalkeeper Thomas Hasal which included eight saves – tied for the highest in MLS in 2020, and for fourth most in a single-match in club MLS history – and a scoreless regulation which saw the ‘Caps hold the league’s second-highest scoring team in check, Vancouver fell to Kansas City on penalties 3-1.

The majority of the first half was marked by an aggressive SKC attack that was thwarted by the hands of Thomas Hasal and the rest of the Vancouver defence. In the 18th minute, a cross across the box headed towards the bottom left of the goal by Gadi Kinda was stopped by the right hand of a diving Hasal. Similarily, in the 20th minute, Hasal had a diving save to prevent a Roger Espinoza long shot from finding the back of the net.

Things changed towards the end of the first half when the ‘Caps rallied off three corner kicks in three consecutive minutes forcing pressure on Sporting. With each of the corners came three dangerous shots from Vancouver including a strong shot from Cristian Dájome that was swatted away by a leaping Tim Melia and a curling Inbeom Hwang shot from distance on the same upper portion of the goal.

Coming off the fast finish to the first half, the ‘Caps came out of the gate with a new intensity spreading out the Kansas City defence and challenging Sporting’s back four. That intensity was matched by Kansas City on the other end resulting in a fast-paced end to the match. The battle continued into stoppage time until the final whistle was blown after six minutes, indicating a penalty shootout to decide who would move on to the quarterfinals of the tournament.

The shootout started with a Dájome shot off the woodwork and an Alan Pulido goal down the middle putting Kansas City up 1-0 after the first round. Next, Leonard Owusu put one in the back of the net off the fingers of Tim Melia and was matched by Ilie Sánchez. The third round included a pair of saves from both keepers as Derek Cornelius and Dániel Sallói’s shots were swatted away. Finally, a shot saved from Yordy Reyna and a Gianluca Busio curler to the back of the net was enough to send Vancouver home. 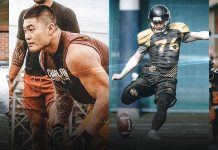