MARCUS THIGPEN, who was nominated for the 2020 program by the Buffalo Bills, will join the NFL Football Operations department with a focus on Player Engagement. He will assist with upcoming initiatives aimed at supporting current players and NFL Legends in their personal and professional development.

“Being able to serve, empower, and educate current players and NFL Legends brings me such tremendous joy,” said THIGPEN. “There is an unmatched level of success and fulfillment when you find gratitude in helping others achieve their goals on and off the field.”

Thigpen made a name for himself at Indiana University, where he had a successful four-year career (2005-08) as a running back and kick returner, and was named the school’s Offensive Player of the Year as a fifth-year senior in 2008. After college, Thigpen spent time with the Eagles and Broncos during training camp in 2009 before joining the CFL for the next three years (2009-11). The Detroit native found himself back in the NFL in 2012, and would spend time with Miami (2012-13), New England (2014), Tampa Bay (2014), Buffalo (2014-15), Indianapolis (2015) and Oakland (2015) throughout his career. He rejoined the CFL in 2017 as a member of the Saskatchewan Roughriders.

“The NFL Legends Development program was created to provide players an opportunity to stay in the game,” said TRACY PERLMAN, NFL Senior Vice President of Football Communications and Marketing. “So many legends want to explore additional opportunities to continue their football career. This program gives them a chance to deepen their understanding of the business side of the industry while broadening their experience.”

In addition to further developing professional skills and contributing to the success of the game, participants will be paired with an executive-level mentor for the duration of their assignment.

Launched in 2013, the NFL Legends Community celebrates, embraces and connects players with each other, their teams and the league. In addition to communicating available benefits and opportunities, the NFL Legends Community provides unique offerings for Legends to engage year-round. Since created seven years ago, more than 11,000 former NFL players have joined the community. 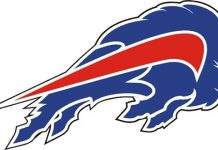 Field goals instead of touchdowns in the red zone cost Lions