At the top of that list is the appointment of Rick Campbell and Neil McEvoy as Co-General Managers.

Campbell was named head coach of the Lions on December 2nd of 2019 after six seasons with the Ottawa REDBLACKS where he won a Grey Cup in 2016 and took home the Annis Stukus Trophy as CFL Coach of the Year in 2015.

Prior to joining Ottawa, Campbell spent 15 seasons as a CFL Assistant split between Edmonton, Winnipeg and Calgary. He earned his first two Grey Cup rings with Edmonton in 2003 and 2005.

Rick will work closely with McEvoy in the areas of player evaluation, contracts and logistics as the Lions prepare for a safe return to action in 2021.

“I’m excited to be moving forward with Neil and our entire staff,” said Campbell.

“My first year in British Columbia may not have involved any games, but it’s been great to be in town working with football ops and our business staff. We have very passionate people here. As far as our roster goes, we have some great pieces in place and these next few months will be key as we look to add more key guys that will help us contend in 2021 and beyond.” 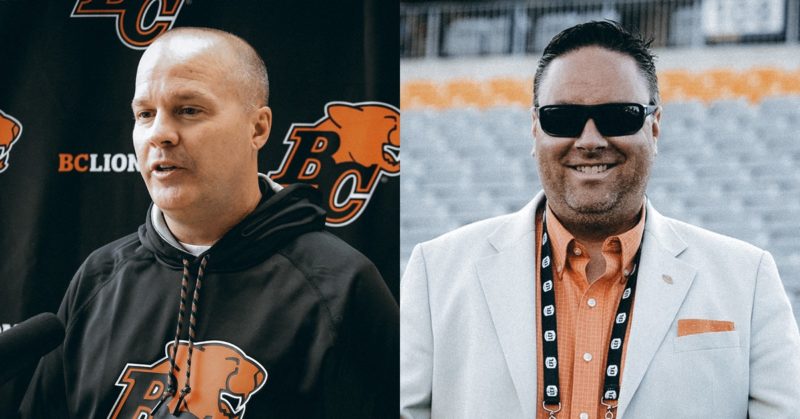 For McEvoy, 2021 marks his 26th year with the organization after first starting in ticket sales, moving on to media relations and then making a seamless transition into football operations prior to the 2000 season. He has been the club’s Director of Football Operations since the 2014 season

“This is a dream job for me,” said McEvoy who has won three Grey Cup rings with the Lions.

“I have been fortunate to learn from some of the best in the business from Adam Rita, Bobby Ackles and Wally Buono. More recently, Coach Campbell and I have spent a lot of time during this crazy year planning and building for a run at the Grey Cup in 2021 and I’m honoured for the chance to continue doing that for this organization.”

Campbell and McEvoy also announced eight members of the Lions’ coaching staff hired in 2020 will return next season.