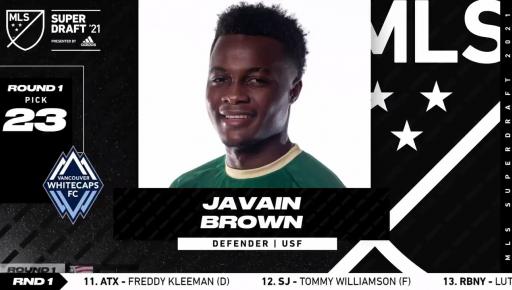 Vancouver Whitecaps FC selected four players in the 2021 MLS SuperDraft presented by adidas on Thursday. Forward David Egbo and right back Javain were chosen in the first round, with midfielder Eric Iloski and local centre back Joel Harrison picked in the second round.

Egbo, 22, was selected ninth overall by Whitecaps FC. The forward played three seasons at the University of Akron, collecting 21 goals and 13 assists in 35 starts and 56 appearances from 2017 to 2019.

In his last season with the Zips, Egbo led the Mid-American Conference with per-game averages of 0.75 goals and 4.00 shots, and placed second with 0.75 assists while wearing the captain’s armband as a junior.

In the previous year, Egbo’s 13 total goals led the MAC, while also landing in the top 10 with five assists. That season, he helped Akron to the MAC Tournament title and a runner-up finish in the 2018 College Cup.

The Nigerian-born striker was recognized with a United Soccer Coaches All-America Third Team selection in 2018, as well as All-MAC First Team honours in his last two seasons.

Egbo also featured for Black Rock FC in USL League Two in 2018, recording a goal and an assist in seven appearances.

Brown was selected 23rd overall out of the University of South Florida. The native of Kingston, Jamaica has represented his country at the senior international level four times since making his debut for the Reggae Boyz against Trinidad & Tobago in 2017. After joining the national team program at the U-17 level, he made five appearances for the U-20 national team and four appearances at the U-23 level, including three matches at the 2019 Pan American Games in Peru.

The now 21-year-old played one season of collegiate soccer prior to the COVID-19 pandemic cancelling the 2020 season. After redshirting in 2018, Brown started 17 of the 18 games he played for the Bulls in 2019, scoring three goals – all game winners. At the end of the season he was honoured on the American Athletic Conference First Team and All-Rookie Team. He was also a three-time selection for AAC Defensive Player of the Week.

Prior to enrolling at South Florida, Brown played two seasons with Harbour View FC in the Jamaican Premier League, starting 31 of his 32 appearances and scoring one goal.

Iloski was chosen in the second round, 46th overall. The native of Escondido, California lined up at fullback, winger, and midfielder positions in college. In his collegiate career he has made 49 starts and 52 appearances for the Bruins, recording three goals and eight assists. He was recognized with an All-Pac 12 Honourable Mention selection after each of his three seasons at UCLA.

Currently in his senior year, Iloski has the option to return to Westwood to play out the remainder of his NCAA eligibility. Should he return to school, Whitecaps FC will retain his MLS rights.

In his youth, Iloski developed with the Real Salt Lake Academy. He is the youngest of three brothers in professional soccer – eldest brother Brian is at Orange County SC, and Milan is at Real Salt Lake.

Harrison was selected in the second round, 53rd overall. The 20-year old centre back developed in the Whitecaps FC BMO Academy System for two years, receiving the 2016 Whitecaps FC Youth Soccer Player, BMO RESP at the club’s year-end award ceremony. He was also called up to Whitecaps FC 2 during the 2016 USL season, making three appearances.

Over the past four years, Harrison has played college soccer at the University of Michigan, sitting out his freshman year due to injury before making 19 starts and 28 appearances in the following two seasons, scoring one goal. He was recognized with the 2019-20 Bates/Deskins Award, given to a junior student-athlete who has achieved great success academically and has made significant contributions athletically.

Currently a senior, Harrison is eligible to return to the Wolverines to resume his final season in Ann Arbor. Should he return to school, Whitecaps FC will retain his MLS rights.

At the international level, Harrison has played for Canada in his youth, joining the program initially through a U-15 camp before featuring for the U-18 side in El Salvador in 2016. 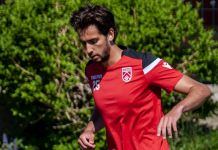 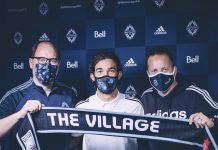 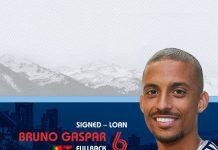 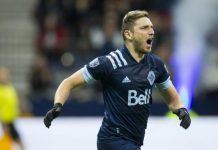