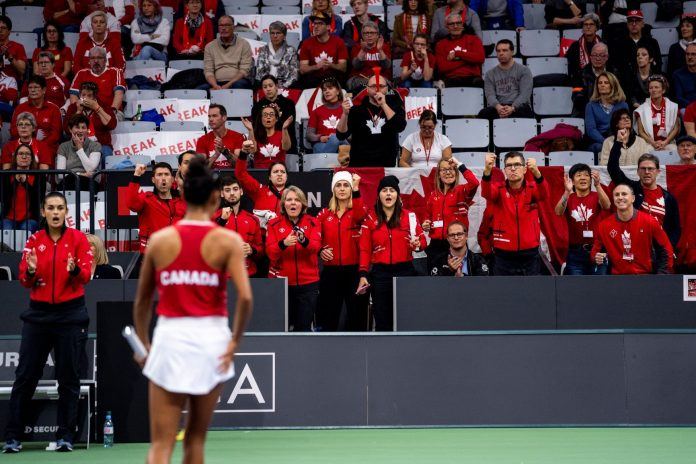 The official draw for the Billie Jean King Cup by BNP Paribas Play-Off between Canada and Serbia was held on Thursday to determine the match-ups for this weekend’s action. The teams will face off on an indoor hard court at the Sport Hall Ibar in Kraljevo, Serbia on April 16 and 17, with the winner advancing to next year’s Qualifiers and the loser dropping into the Regional Group I.

Fernandez and Marino were selected by El Tabakh to play singles, whilst Serbian Captain Dušan Vemić nominated Nina Stojanovic and Olga Danilovic, ranked No. 87 and No. 162 in the world respectively. In doubles, Fichman and Zhao will team up for Canada against Danilovic, ranked No. 274 in doubles, and Aleksandra Krunic (No. 56).

“While we know this tie represents a difficult task for our team, we are ready,” commented El Tabakh. “Our preparation this week has been second to none and all four of our players have been performing very well in practice. Serbia will be a tough opponent, but we have been working hard all week and know we have what it takes to get the win. We’re very much looking forward to representing Canada on-court in this tie.”

Competing in just her third Billie Jean King Cup tie, Fernandez is currently ranked No. 72 on the WTA Tour. Meanwhile, Marino is ranked No. 230 and is taking part in her fifth tie for Team Canada. In doubles, Fichman and Zhao will take to the court as the No. 54-ranked player in doubles and No. 421-ranked player in singles respectively.

All matches from the tie will be broadcast live in Canada in English on Sportsnet One and in French on TVA Sports.