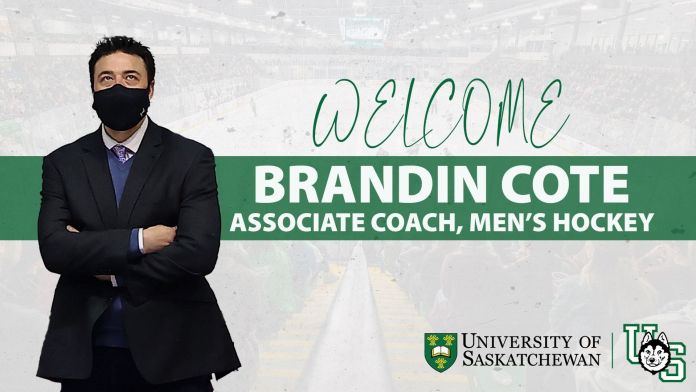 Joining the Huskies from the Swift Current Broncos, Cote is a Swift Current local that has been an assistant coach with the Western Hockey League (WHL) club since the Summer of 2018.

“I am thrilled to have the opportunity to join an institution as prestigious as the University of Saskatchewan,” said Cote, a holder of one year of experience in Prince Albert as an assistant coach with the Raiders. “This is a team that has a proud tradition of excellence and I can’t wait to get started.”

Member of the selection committee and former Huskie head coach Dave King is excited at the prospect of Cote joining the Huskies.

“There is no doubt in my mind that Brandin brings a unique combination of experience and expertise to the program,” said King, who went on to coach in the NHL and at multiple Olympic games after leaving the Huskies. “This is an exciting time for Huskie hockey and Brandin is poised to help lead the team for years to come.”

Alongside his time spent as a coach in the WHL, Cote has been involved with Hockey Canada and Hockey Alberta as head and assistant coach at various tournaments and also brings previous collegiate experience from his time with the Red Deer College Kings.

“I am a Saskatchewan guy through and through, so the chance to coach student-athletes in my home province is one that I leapt at,” said Cote, who holds a Bachelor’s of Education degree. “I look forward to moving my family to Saskatoon and engaging with the student-athletes, alumni and fans of a program that has such an outstanding record of success both on and off the ice.”

A standout on the ice prior to becoming a coach, Cote enjoyed a professional career that spanned eight seasons, playing in the American Hockey League, East Coast Hockey League as well as leagues in Germany, Italy and England. Playing his junior hockey with the Spokane Chiefs in the Western Hockey League, Cote captained the team from 2000 to 2002.

“Brandin is a great addition to the coaching staff and I am pleased that he will be joining the team,” said Babcock, head coach of the Chiefs from 1994-2000. “I look forward to working with Brandin and helping him along what is an extremely promising career path.”

Cote will remain with the Broncos for the remainder of their season before officially joining the Huskies on July 1. He will be joined in Saskatoon by his wife Jennifer as well as sons Zachary (9) and Carter (7). 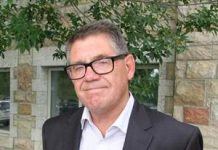 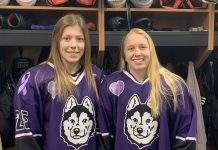 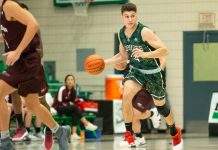 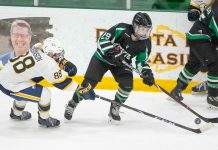 Huskies rally but fall to Pandas in Edmonton