Hockey Canada announced Wednesday the 28 players chosen to centralize in Calgary with Canada’s National Women’s Team for the 2021-22 season, leading up to the 2022 Olympic Winter Games, Feb. 4-20 in Beijing, China.

“When we started this Olympic quad in the fall of 2018, our road to 2022 looked very different,” said Kingsbury. “Through adversity, in particular a lack of international competition over the last 14 months, our athletes have stayed focused, committed to their training and ready to compete when the time came. We had some difficult decisions to make, but that just shows how hard our athletes have worked on and off the ice for the opportunity to centralize and get a chance to compete for 23 Olympic roster spots. We have a number of veterans on this roster in addition to some young athletes who have earned this opportunity.”

All players and staff will relocate to Calgary at the end of July for centralization and prepare for the 2021 IIHF Women’s World Championship, Aug. 20-31 at a yet-to-be-determined location, before resuming their Olympic training. The 2021-22 season, pending the ongoing COVID-19 pandemic, will include games against the United States and Junior A teams from the Alberta Junior Hockey League (AJHL), as well as a potential series against Finland. The full centralization schedule will be announced at a later date.

Canada’s final 23-player roster for the 2022 Olympic Winter Games is tentatively scheduled to be unveiled in late December. 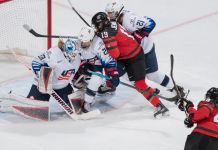