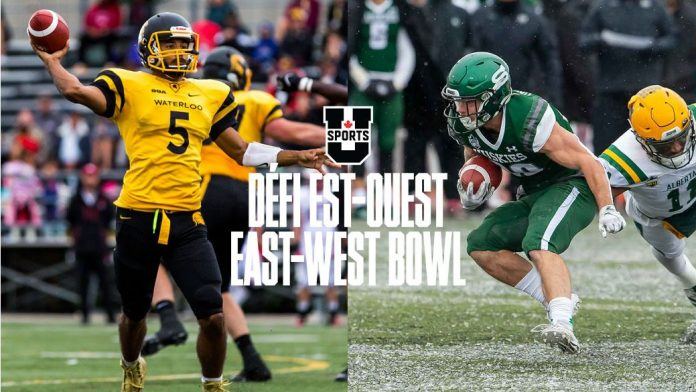 The roster recognitions celebrate the next generation of top Canadian football prospects, with 110 U SPORTS-eligible standouts identified for the 2022 CFL Draft, following completion of the 2021 Draft on May 4.

For the next year, players from both squads will vie for coveted spots on the CFL Scouting Bureau Top 20 Prospects List – published in the Fall, Winter and Spring – before showcasing their skills through virtual or in-person regional and national combines in advance of the Draft this time next year.

“We’re excited to unveil the next top draft-eligible prospects in partnership with the CFL. Although we are not able to hold the East-West Bowl again this spring due to the ongoing pandemic, we wanted to honour the 2022 class for their dedication over the past year and look forward to hopefully watching them safely return to the gridiron this fall.”

Besides Ford and Machart, the roster recognitions includes several other national and conference major award winners and nominees, All-Canadians and All-Stars.

“The CFL thanks the Canadian University Football Coaches Association for their collaboration and dedication in selecting the top draft-eligible prospects in U SPORTS. The process of preparing for the 2022 CFL Draft begins now and our teams are looking forward to evaluating all players in the months ahead.”

All 27 U SPORTS football teams are represented by at least three players, with Alberta, Laurier, McGill and Queen’s leading all schools with six selections each.

Team West is mostly made up of players from Canada West (CW) and Ontario University Athletics (OUA) schools, except Carleton, Ottawa and Queen’s, which are named to the East squad. The rest of Team East features players from Atlantic University Sport (AUS) and Réseau du sport étudiant du Québec (RSEQ) schools.