Today, the Seattle Kraken announce the hiring of Dave Hakstol as the first head coach in team history. Kraken CEO Tod Leiweke, General Manager Ron Francis, and Hakstol will hold a press conference on Thursday, June 24 at 10 AM (PDT).
Joining the Kraken denotes Hakstol’s 26th consecutive season as a head or assistant coach, serving across the NHL, NCAA and USHL. He joins Seattle from the Toronto Maple Leafs where he was an assistant coach. 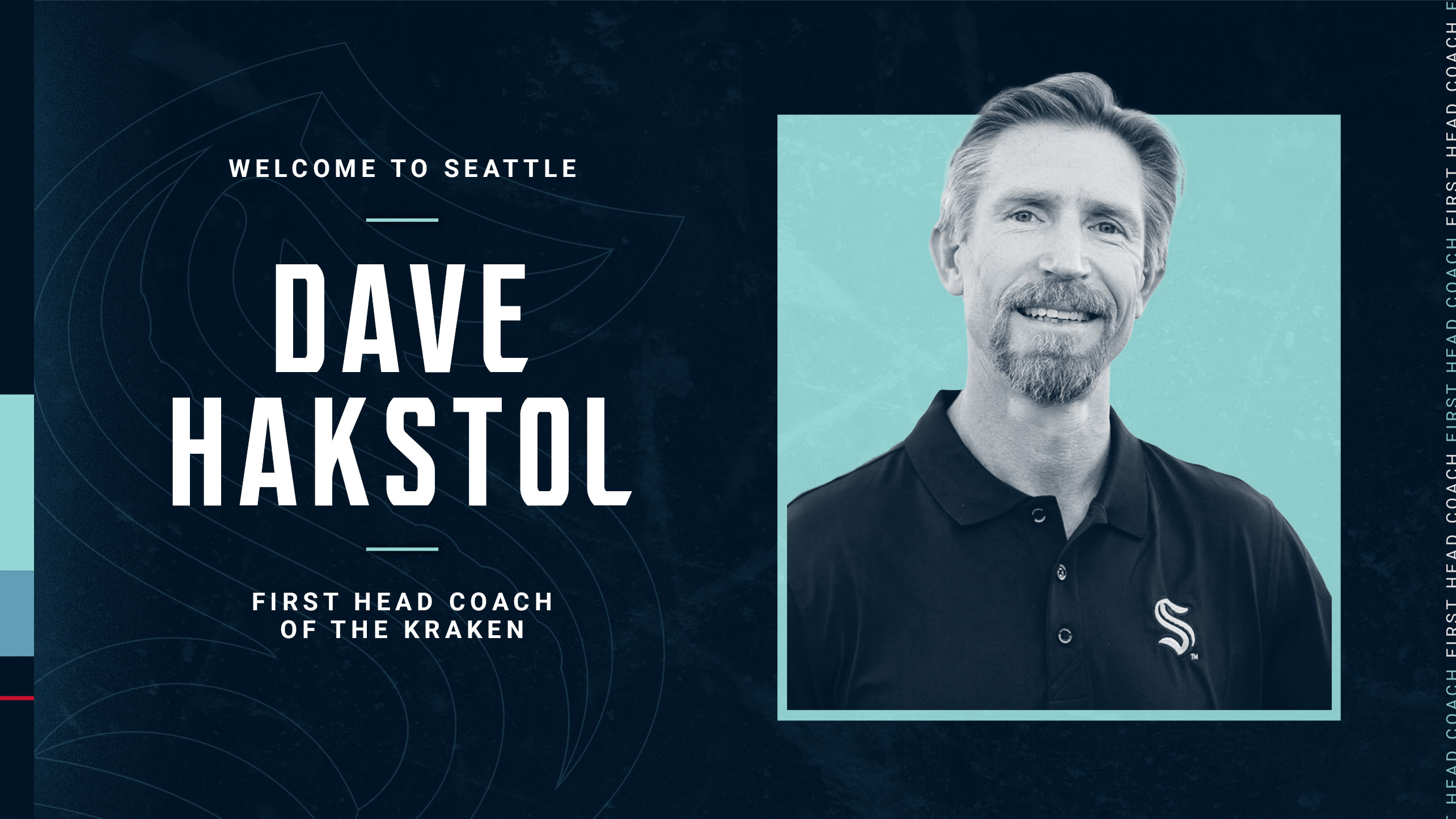 “I am incredibly proud to announce Dave Hakstol as the first Head Coach of the Seattle Kraken franchise,” said Ron Francis, Seattle Kraken GM. “Dave possesses great experience, a strong work ethic, a solid technical understanding of the game, and the remarkable ability to communicate clearly and effectively. I look forward to working with Dave as we strive to build a team our fans will be proud of.”
“It is an honor to be the first head coach of the Seattle Kraken,” said Dave Hakstol, Head Coach of the Seattle Kraken. “I am honored to be joining this tremendous group of staff and fans. When I first saw the arena, I was blown away – it is such a unique venue. I am looking forward to being a part of the group that builds a team that plays with pride, passion and selflessness for the city of Seattle.”
Hakstol, 52, spent the last two seasons as an assistant coach with Toronto, primarily responsible for coaching the team’s defensemen. He recently served as the head coach of the Philadelphia Flyers, leading the team to the playoffs in two of his three full seasons, posting a record of 134-101-42 (.560 points percentage).
“We are so proud of the momentum built for this franchise to launch,” said Tod Leiweke, CEO of the Seattle Kraken. “From an incredible fan base came a brilliant arena, a world-class training center and agreement by a Hall of Famer to become our GM. And today is another major step forward. On behalf of David Bonderman and our entire ownership group, we welcome Dave Hakstol to Seattle and to the Seattle Kraken.”
Prior to joining the Flyers, the longtime NCAA coach spent the previous 15 seasons coaching the University of North Dakota, spending 11 of those campaigns as the powerhouse program’s head coach. From 2004-2015, North Dakota reached the Frozen Four seven times, the most of any program during that span. Overall, he compiled a 289-143-43 record (.654 winning percentage) in 475 games, captured three regular season conference titles, four Western Collegiate Hockey Association playoff championships, and was named conference coach of the year twice (2008-09 and 2014-15). Under his watch, more than 30 UND players went on to play in the NHL. He was named a finalist for national coach of the year in eight of his 11 seasons.
Before joining North Dakota, Hakstol served as the head coach and general manager of the Sioux City Musketeers of the United States Hockey League (USHL) from 1996-2000, and was named USHL coach of the year following the 1997-98 season.
Internationally, Hakstol is a two-time silver medal winner with Team Canada at the World Championships (2019 and 2017). In 2019, he was invited to spend a week in Stockholm as a guest of Rikard Gronborg and Sweden’s national team during the Beijer Hockey Games, a chance to “study the sport from above to get more of an outside perspective,” said Hakstol. “To get a grip of new trends and new tactics, learn new things and become a better coach going forward.”
Prior to his coaching career, Hakstol spent three seasons as a defenseman with the University of North Dakota (1989-92) and was named the team’s captain for his final two collegiate years. He spent parts of five seasons in the International Hockey League (IHL) with Indianapolis and Minnesota.
The Warburg, Alberta native and his wife, Erinn, have two children, daughter Avery and son Brenden.
The Seattle Kraken’s Expansion Draft is in 27 days on July 21, followed by the NHL Draft on July 23-24. The puck will drop for the team’s inaugural season at Climate Pledge Arena in the fall.