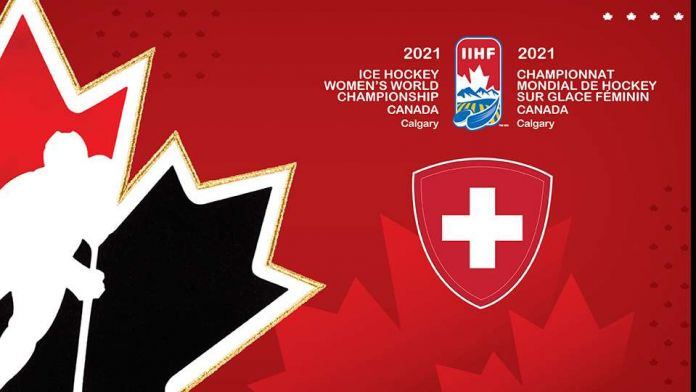 Canada’s National Women’s Team is through to the semifinals at the 2021 IIHF Women’s World Championship, set for a date with Switzerland with a spot in the gold medal game on the line.

The Canadians are looking to get back to the final for the 19th time after missing out in 2019, while the Swiss are into the last four for just the third time – they finished fourth in 2008 and won bronze (their lone medal) in 2012.

Canada dominated Germany in its quarterfinal on Saturday night, finishing with a massive 52-3 edge in shots on goal in a 7-0 win. Natalie Spooner scored twice and added an assist, Mélodie Daoust recorded a goal and two helpers and Sarah Fillier had one of each as that line contributed four goals and eight points. Emerance Maschmeyer earned her second shutout in as many starts with three stops.

Switzerland shocked ROC in the first quarterfinal Saturday, erasing a two-goal deficit in the final 11 minutes of regulation time and getting the overtime winner from Laura Zimmermann 5:29 into the extra period to earn a 3-2 victory. Saskia Maurer was terrific in the Swiss goal, turning aside all 28 shots she faced after taking over for Andrea Brändli just nine minutes in.

The teams met Tuesday night in preliminary-round play, with the Canadians earning a 5-0 win. Spooner led the charge with a pair of goals and Daoust had three more points as Canada blew open a scoreless game with four unanswered goals in the second period. Maschmeyer needed to make just 12 saves to record the shutout in her tournament debut while her teammates peppered Brändli and Maurer with 63 shots.

How good has Daoust been? The Valleyfield, Que., product has been on the scoresheet in all five games, and her 10 points lead all skaters in Calgary. She is also a tournament-best +12, and is doing it all while averaging just 14:20 of ice time per game, third-lowest among the 10 Canadian forwards who have played in all five games. Her line with Spooner and Fillier has produced 24 points, becoming arguably the best trio in the tournament.

For the Swiss, it’s all about momentum. Coming off an emotional comeback against the Russians, Switzerland will need a massive encore performance if they hope to spring what would be one of the biggest upsets in women’s hockey history. Maurer will play a big role – she has posted a .955 save percentage across four games, including two perfect performances in relief of Brändli.

This is about as one-sided as it gets. Canada and Switzerland have met 12 times since 1997, with the Canadians winning all 12 games and allowing just two – that’s right, TWO – goals against. At the IIHF Women’s World Championship, it’s a complete whitewash; the Canadians have won all seven meetings and posted a shutout in each and every one of them.

Some of the highlights? Marie-Philip Poulin posted the sixth and most recent four-goal game in Team Canada history in a 13-0 win at the 2013 women’s worlds in Ottawa (and added an assist for good measure), and Jayna Hefford put up five points of her own in a 10-0 victory in 1999.