The Victoria Shamrocks are very excited to protect Patrick Dodds and Casey Wilson prior to the upcoming 2023 WLA Draft. The two 21-year-old right-handed offensive players were instrumental to the recent success of the Victoria Junior Shamrocks, including two consecutive appearances in the Minto Cup.

“We could not be happier or more excited,” said Shamrocks general manager Chris Welch. “Patrick and Casey are two of the best lacrosse players Victoria has produced in a long time and to land them both on their home-town team is great not only for our club, but for the players and their families as well. With two picks still to come in the first round of the draft, including first overall, we’ll add even more elite talent to our group. I have no doubt this will prove to be a banner year for the Shamrocks for many years to come.” 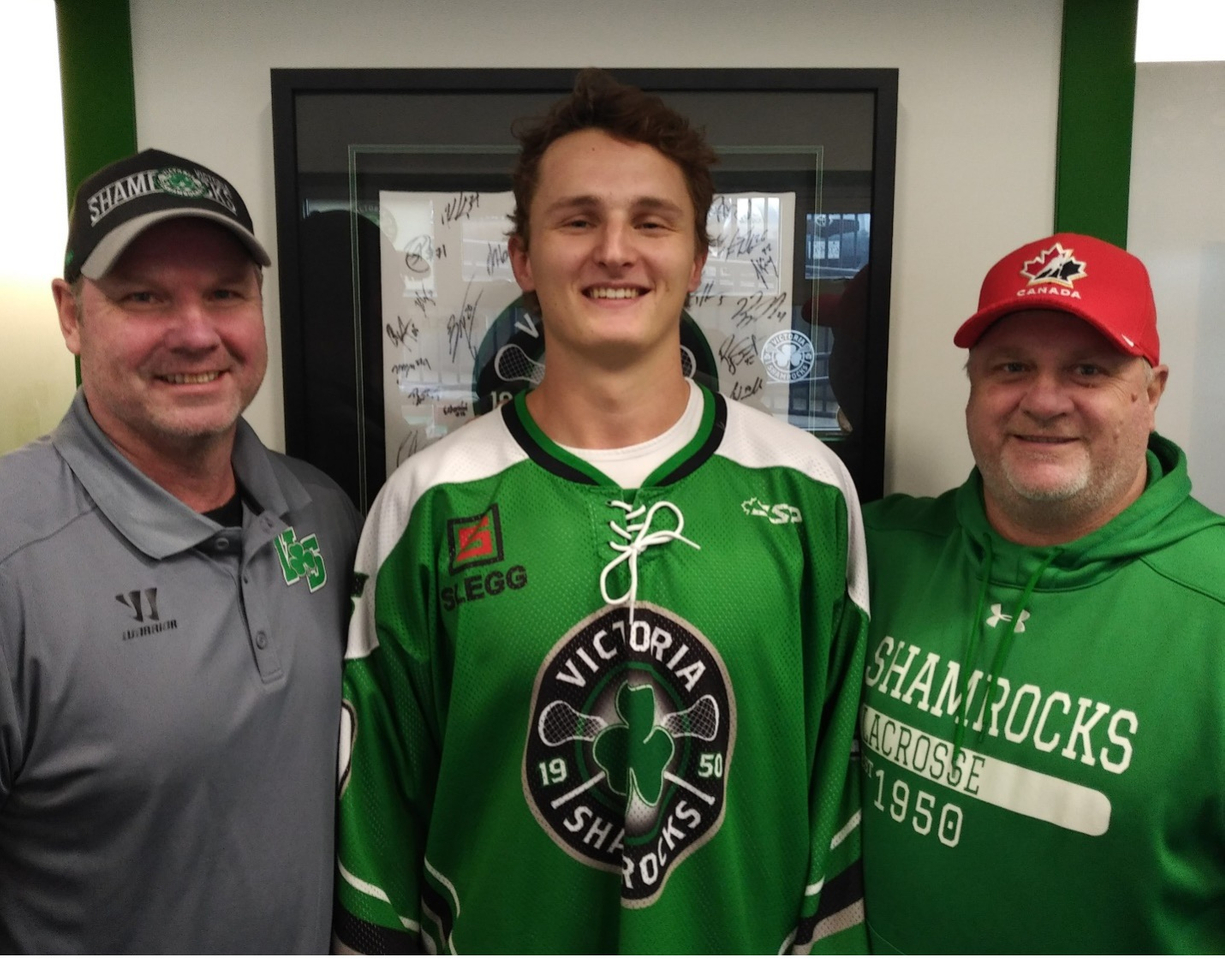 Dodds was the Most Valuable Player in the 2022 BC Junior A Lacrosse League season and finished the year with 48 goals and 85 assists for 133 points in 28 regular season and playoff games, capping off an outstanding junior career in which he racked up 300 points n 72 games played.

At 6’3” and 210 pounds, he has been a handful to defend against at every level he’s played. He was selected 21st overall in the 2020 National Lacrosse League draft by the Calgary Roughnecks but was wisely snapped up by the expansion draft Panther City Lacrosse Club where he led the club in scoring in his first season and was named to the NLL All-Rookie Team. Currently, he has 19 points in 6 games in his second NLL season. 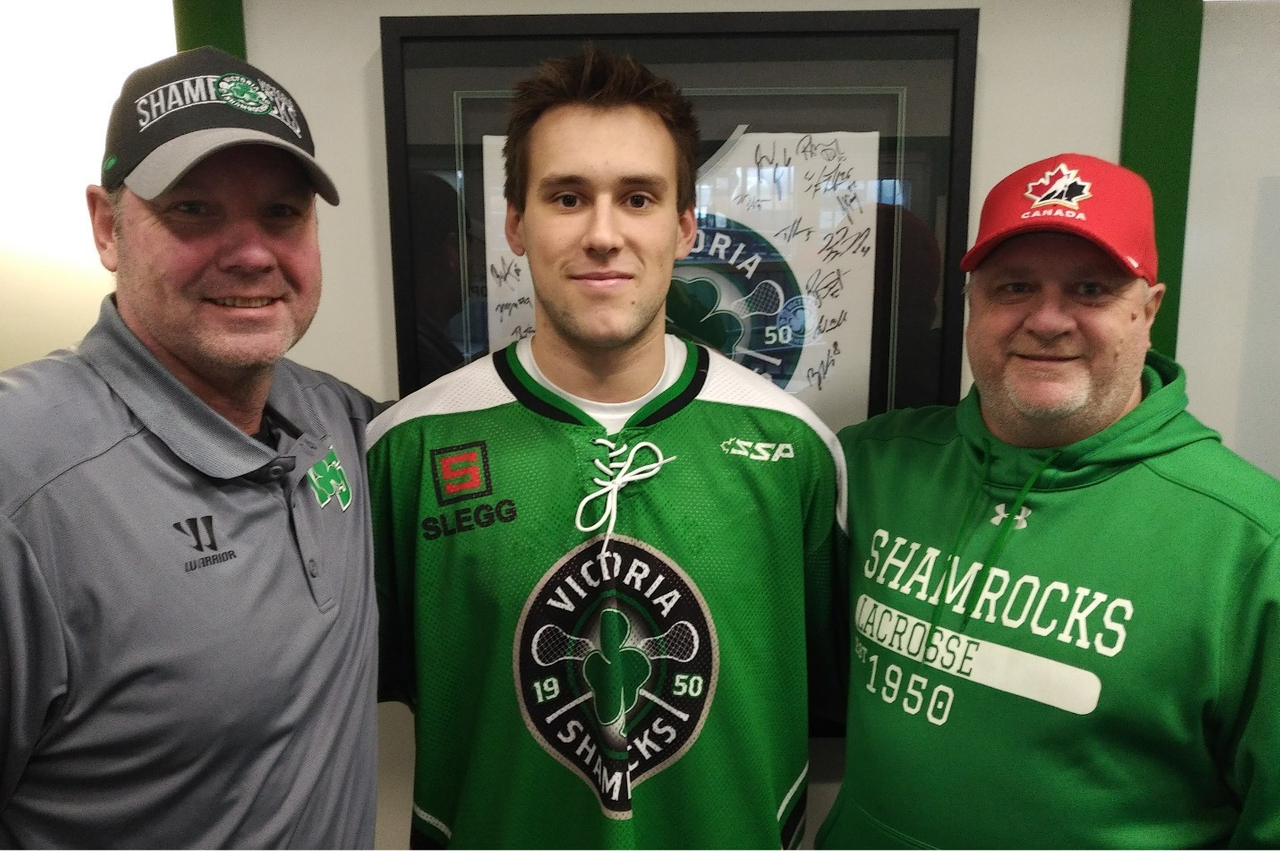 Wilson had 38 goals and 33 assists for 71 points in 16 regular season and playoff games in 2022 and his selection to the 2022 Minto Cup All-Star Team was a bright spot in an otherwise disappointing tournament for the Junior Shamrocks. He also has good size at 6’ 1” and 205 pounds and keeps defenders guessing with a great outside shot and never hesitating to go inside as evidenced by the 100 goals he scored in 59 games in his junior career.

The younger brother of Shamrocks defender Max Wilson is currently in his sophomore year at the University of Denver where he plays for the Division I Pioneers.

Tim Dennett new Head Coach of the Sr. B Shamrocks