At Funpark Bobrovy Log, the Canadian men’s team was back in action after two days off and with the wind in their face, produced two solid Top 30 finishes. 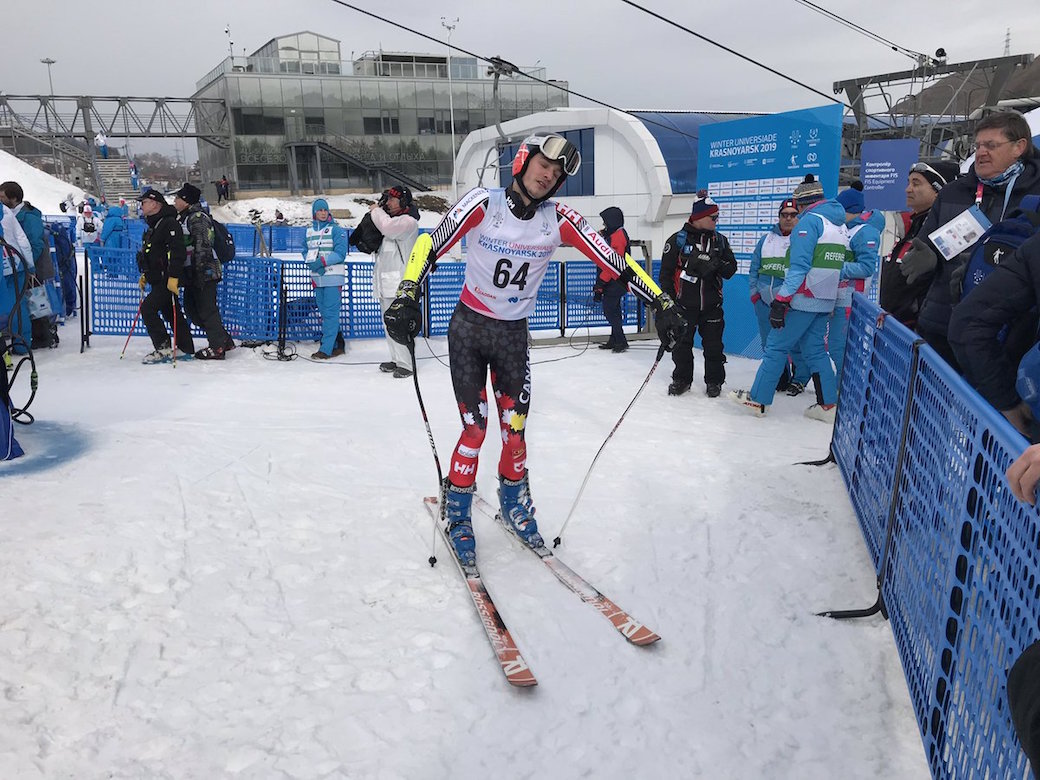 For Allard this was his second Top 30 result at this Universiade after being 26th in the men’s alpine combined slalom. Fortin had his best result so far in Russia as he earlier was 37th in combined slalom. Félix Blanchard (Montreal; Montreal, Que.) also raced but had a did not finish result in this event.

At Raduga Cluster, the Canadian cross country team had to battle weather conditions plus a broken pole for one of the team as the competed in the mixed team sprint event. Canada had two teams in action as both raced in the semi-final heat bud did not advance to the finals after Canada 2 (Marianne Scherrer, Laval; Quebec City, Que., Matjaz Cigler, Alberta; Toronto, Ont.) team finished in 13th place while Canada 1 (Ember Large, MacEwan; Edmonton, Alta., Alexander Maycock Nipissing; Orangeville, Ont.) placed 14th.

Even more remarkable was Canada 2 lost a pole along the first lap and had to make up time on the field for the rest of the race. “On the first lap I was coming around the corner and someone stepped on pole and it snapped in half. I had to climb the big hill without a pole until I got another one. It was annoying but I kept at it. Made the most of it and it was fun, “ described Cigler who had to ski with the pole disadvantage.

Maycock followed up with the how the race went, “Really fast and icy conditions. We had had some rock hard tracks so we had some strong guides. The wax tech nailed it today and skied against a tough field.” 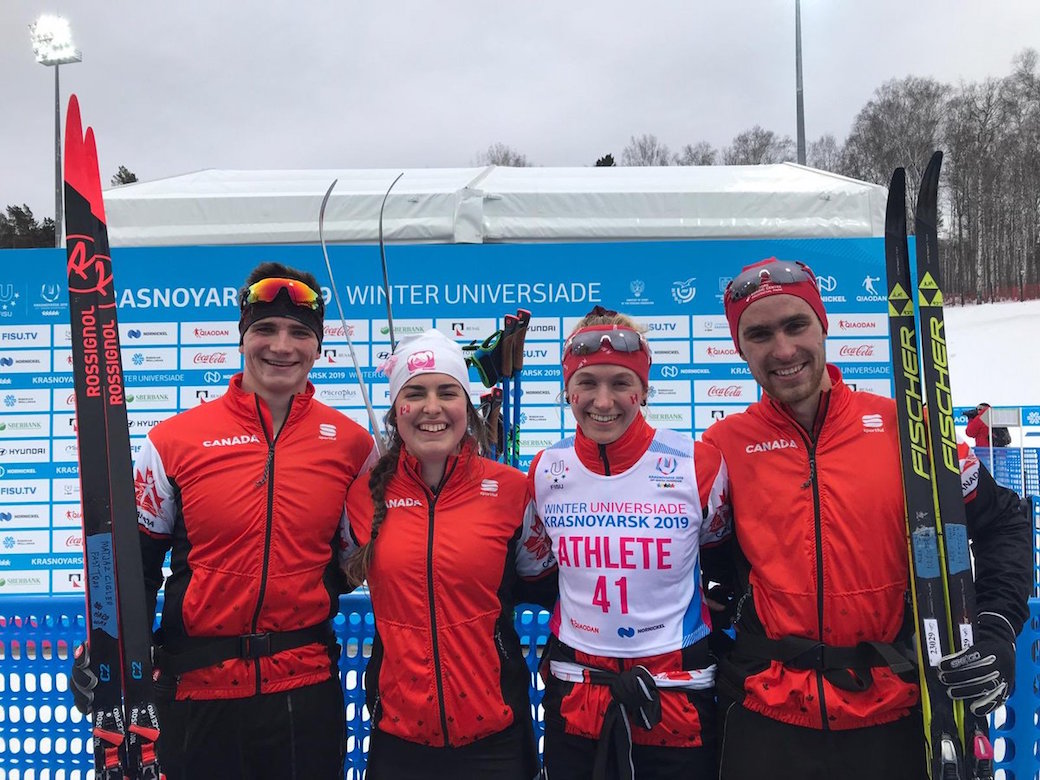 As a side note, a rumour had it that of a nice sportsperson moment occurred on the race course as the Russian skier could have lapped an USA athlete on the last lap and prevented them from finishing the course. He decided to graciously slow up to allow the USA to complete the event.