The University of Victoria celebrated Vikes student-athletes both current and former at the annual Celebration of Champions event on Apr. 5 at the Victoria Conference Centre. Among the Vikes varsity major awards, the night highlighted the inductions of three prestigious Vikes alumni into the UVic Sports Hall of Fame.

Fourth-year captain and men’s rugby player Gradyn Bowd took top honours as he was named the President’s Cup winner and awarded the trophy from UVic President and Vice-Chancellor Jamie Cassels himself. U SPORTS gold medal and record-breaking swimmers Eric Hedlin and Danielle Hanus were named Athletes of the Year, while U SPORTS Community Service Award winner and women’s swimmer Taylor Snowden-Richardson was highlighted as the Chancellor’s Award winner as an outstanding contributor. U SPORTS women’s field hockey Rookie of the Year and national champions Anne-Sophie Hannes was named Female Rookie of the Year, while men’s rugby eight-man Nicholas Carson was Male Rookie of the Year.

Among those also recognized Wednesday evening were UVic Sports Hall of Fame inductees Lori Clarke, a Vikettes women’s basketball standout (1984-87) that graduated UVic as a Nan Copp Player of the Year, two-time national champion and three-time CIAU All-Canadian and Canada West All-Star. Women’s field hockey midfielder Sara Ballantyne Brant spent five years with the Vikettes (1982-87) and was a part of the inaugural 1984 National Championship team, while also named a CIAU All-Canadian three times. Vikes men’s rugby alumni Michael Holmes was inductes as a builder for his leadership in philanthropy. Holmes started one of the first Athletic scholarships and has co-founded numerous awards, programs and foundations to support the growth of Vikes rugby and young rugby players in Canada. For more read here.

PRESIDENT’S CUP
The President’s Cup is given annually to the outstanding student-athlete in fourth or fifth year who best combines scholastic achievement and athletic ability. Gradyn Bowd has been a dominant player for the Vikes men’s rugby player for the past four seasons. Also a finalist for Vikes Male Athlete of the Year, Bowd’s academic excellence also put him in as a finalist for the President’s Cup. The Education major has led by example throughout his time as a Vike, working with the younger players on the squad and setting the tone for the importance of coaching the next generation. As the varsity team’s captain, Bowd sets up the training schedules for the varsity players and is balancing his training and team commitments while on his final teaching practicum.

In the men’s premier league, the fourth year has been a constant threat. On Jan. 26 Bowd totaled four tries and nine converts for 38 points scored, a feat not done by a Vike in over 30 years. Heading in to the final games of the season Bowd totalled 190 of the Vikes’ 430 points. Bowd has made several sacrifices over the past few seasons, putting off national team program calls to concentrate on the Vikes and his education degree. Bowd has also volunteered for a number of community club teams in Victoria as a head or assistant coach and he has spent a number of summers in his home province of Alberta working with high school and provincial age-grade players. Bowd is a catalyst to make sure the Vikes also gets out to other events and has undoubtedly been a leader by example for his team.

ATHLETE OF THE YEAR
This award is given annually to one male and female student-athlete based upon their outstanding achievements in university competition only over the past 12 months. Fourth-year Vikes swimmer Eric Hedlin closed out his season as a U SPORTS First Team All-Canadian and gold medalist after the open water specialist topped the podium in the 1500-m freestyle for the second time in his UVic career. Hedlin also set a U SPORTS national record for his race time of 15:34.16. Less than a week before competing in the U SPORTS championship Hedlin returned from an international open water competition with travel and fatigue that was a likely factor in his performance. Despite his open water commitments, Hedlin returned to the pool to compete for the Vikes and his three points from his gold-medal win helped secure UVic the points they needed to finish fifth overall at the national championship.

At the conference level, Hedlin was named a Canada West First Team All-star after winning gold in both the 1500-m freestyle and 400-m freestyle, while he also helped the Vikes’ 4×200-m freestyle relay team earn bronze. Internationally, Hedlin had a break out swim at the 2018 Pan Pacific Championships earning a silver medal in the open water event, while he also posted Canada’s best result on the men’s side of the competition. Hedlin was Varsity council Athlete of the Month in February and Swimming Canada and Swim BC’s Open Water Swimmer of the Year in 2018.

CHANCELLOR’S AWARD
The Chancellor’s Award is presented to a student-athlete, who is an outstanding contributor to his or her team, both in and out of the competition venue. They provide leadership and vision exemplifying the goals of the team. Few first years can say that they are a staple on Doug Tate‘s varsity men’s starting rugby roster but Victoria’s Nicholas Carson started every game this season as number 8, one of the most technical and challenging positions. Heading in to the end of March, Carson was one of the team’s leading scorers with 12 tries as the end of the BC Premier League season draws nearer. In his grade 12 year Carson was selected to the Under 19 and Under 20 national teams but the academically gifted student-athlete chose at this time to focus on Vikes rugby and his degree in the Gustavson School of Business. The Vikes celebrated 85 Vikes Honour Roll Recipients, who all achieved 80 per cent or higher in the 2017-18 academic year. Third-year forward and men’s field hockey player Chris Lee had the highest GPA of that group boasting a flawless 9.0 GPA in the Faculty of Sciences. Lee was honoured at the Vikes Honour Roll Luncheon in November and again at the Celebration of Champions event. Last season, Lee balanced a heavy class schedule with regular training and weekly travels to Vancouver for games, while also being a regular volunteer at Vikes events and with varsity council. Read more.

Camosun Bachelor of Athletic & Exercise Therapy program
For over a decade, the Camosun Bachelor of Athletic & Exercise Therapy program has supported the Vikes by offering placement opportunities for their students with our varsity teams. Camosun Athletic Therapy students have provided invaluable services to Vikes teams through their work attending practices and competitions, providing athletic therapy skills and first aid services, supporting concussion and injury assessment procedures, liaising with the Vikes Sports Medicine team and varsity team staff, and becoming part of our Vikes teams.  This program has facilitated the placement and training of these students, working closely with the Vikes head Athletic Therapist, Traci Vander Byl.

CIRCLE OF CHAMPIONS
Recipients are varsity student-athletes who have competed as a member of a national team or played professionally over the past year. 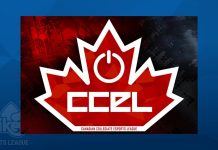 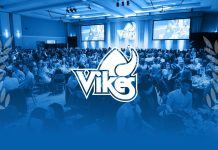 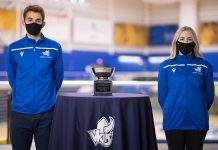 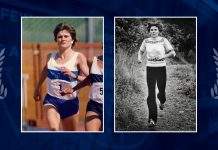