Vancouver Whitecaps FC dealt MLS leaders Los Angeles Football Club (LAFC) their first loss of the season at BC Place on Wednesday evening, coming away with a 1-0 victory behind Inbeom Hwang’s first MLS goal and strong contributions across the board.

The result gives the ‘Caps their first win under head coach Marc Dos Santos, fittingly coming against his former club where he served as an assistant under Bob Bradley in 2018.

It was an impressive outing for Whitecaps FC, shutting down an LAFC offence that had been off to a blistering start in 2019, entering the evening with 21 goals, seven more than their closest competition. ‘Caps goalkeeper Maxime Crépeau made three saves for his second clean sheet of the season, combining with the WFC backline to clamp down on MLS goals and assists leader Carlos Vela.

The ‘Caps took the advantage in the 27th minute. Ali Adnan attacked along the left flank and fed a wide-open Victor “PC” Giro at the edge of the box. Giro’s shot banged off the right post and bounced right to Hwang, who slammed in the rebound with his left foot to open his MLS account and give the ‘Caps the 1-0 lead.

LAFC would put forth their weapons, looking for the equalizer but the ‘Caps would not relent.

Crépeau would make a difficult save in traffic just before halftime to keep the momentum on the home side going into the break. In the second half, Doneil Henry and Adnan combined to snuff out an LAFC chance up close early. Érik Godoy and Jake Nerwinski would get into the mix as well, giving LAFC no breathing space and helping complete the shutout.

The Vancouver attacking corps led by Yordy Reyna, Lucas Venuto, and substitute Lass Bangoura kept the LAFC defence busy with enterprising runs in the second half, but Hwang’s goal would be enough for the evening to net Vancouver the three points.

Whitecaps FC now look for back-to-back wins as they hit the road this Saturday, April 20 when they visit Orlando City SC. Kickoff at Orlando City Stadium is at 12 p.m. PT. 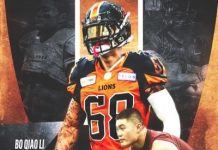