Many household names and world medalists are nominated amongst RCA’s Women’s Sweep squad looking to confirm crew combinations in the lead up to World Rowing Cup 2. This squad includes 2018 World Champions, Hillary Janssens (Cloverdale, BC) and Caileigh Filmer (Victoria, BC) as well as many members of the 2017 and 2018 World Championship silver medal winning Women’s Eights. Kristen Kit (St. Catharines, ON) is confirmed as coxswain of the Women’s Eight following her steering of the 2017 and 2018 World Championship Eight, as well as the 2016 Paralympic Bronze medal winning team – PR3 Mixed Coxed Four.

Silver medallists at the 2018 World Cup 3, Andrea Proske (Victoria, BC) and Gabrielle Smith (Unionville, ON) will team up again in the Women’s Double while Ellen Gleadow (Vancouver, BC) and Jennifer Casson (Kingston, ON) have been named to the Lightweight Double scull. As the reserve for the women’s lightweight sculling program, Jill Moffatt (Bethany, ON) has been named to race the Lightweight Women’s Single. 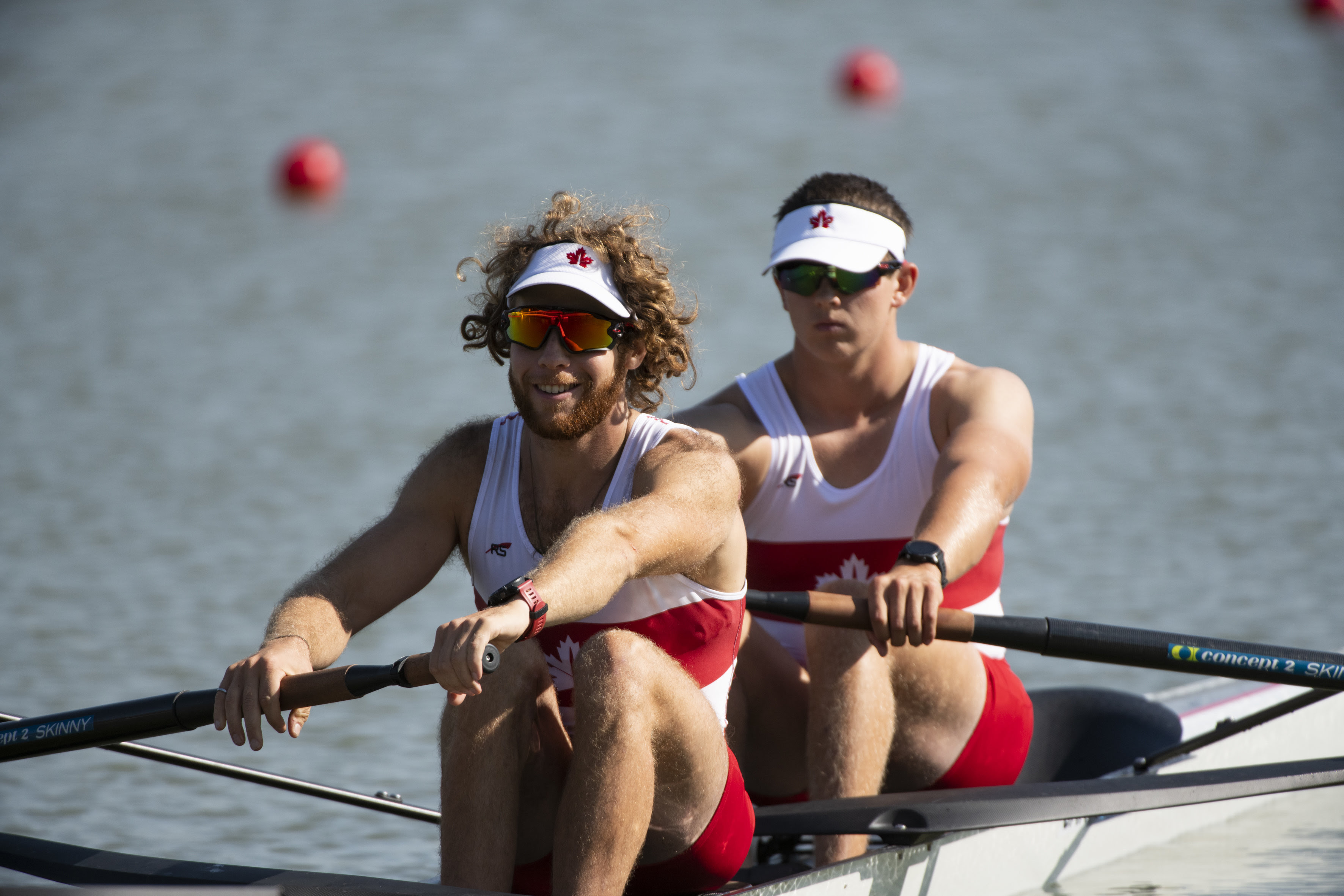 Paralympic bronze medallist Andrew Todd (Thunder Bay, ON) will partner up with Kyle Fredrickson (Duncan, BC) in the PR3 Men’s Pair. The talented duo stood atop the podium in 2018 as World Champions after first capturing Gold at the 2018 Gavirate Para Rowing International Regatta.

Jeremy Hall (St. Paul, AB) will race in the PR2 Men’s Single following swift success in the 2018 season, including a silver medal at the World Championships and bronze at the Gavirate Para Rowing International Regatta.

2012 Olympic silver medallist Will Crothers (Kingston, ON) makes a return to the National team and the Men’s Coxed Eight alongside 9-time Olympic coxswain Lesley Thompson-Willie (London, ON).

Two-time Olympian Conlin McCabe (Brockville, ON) is lining up with 2016 Olympian Kai Langerfeld (Vancouver, BC) in the Men’s Pair.

Two-time U23 World Champion Trevor Jones (Peterborough, ON) will join up with 2015 Pan Am Games Gold medallist Matt Buie (Duntroon, ON) in the Men’s Double Scull.

Rio Olympian and Pan Am Gold medallist Carling Zeeman (Cambridge, ON) will compete in the Women’s Single following a bronze medal performance at the 2018 World Cup 3 event in Lucerne, Switzerland.

“I am very excited to see the quality and depth of our Canadian Crews heading into the Olympic and Paralympic qualification year,” explains Iain Brambell, RCA’s High Performance Director. “The athletes and coaches have worked tirelessly throughout the off-season and are ready to launch into the international competitive season.”

This year’s Canadian line up at the 2019 Gavirate Para Rowing International Regatta will include RCA’s Next Generation (NextGen) rowers, James Kwinecki (St.Catharines, ON) and Stuart Chase (Vancouver, BC). Head Coach, John Wetzstein will support these crews at this event taking place from May 18-19 in Italy.

“It is amazing to think just one year ago Kyle Fredrickson and Jeremy Hall were attending the 2018 Gavirate regatta as their inaugural international rowing experience,” reflects Brambell. “Now as 2018 World Gold and Silver medallists, they will be cheering on James and Stuart as these NextGen athletes emerge onto the international scene in pursuit of their own World and Paralympic Games success.”