Super Sunday was absolutely super indeed, at least for 3 teams. With 6 teams playing in 3 games, it was the Burnaby Lakers who missed out on all the fun on Sunday as WLA Opening Weekend came and went for all 7 teams in the WLA. Today, we recap all the highlights from Super Sunday, including some stunners on the island and beating at the hands of the Burrards.

While the Shamrocks haven’t hit the panic button, they might have their hand hovering over it. In two home games this weekend, the Shamrocks have been outscored a combined 17-10 and have struggled to gain any sort of momentum. However, as Shamrocks Nation will point out, the team lost their first two games in their Mann Cup championship win back in 2015. Keep calm and carry will be the message coach Bob Heyes spreads with the team in green and white.

As for the Langley Thunder, they proved to be a formidable opponent. Coming off a disappointing loss to the New Westminster Salmonbellies in Queen’s Park Aren on Thursday, the Thunder left Victoria with an important win to establish themselves as a team not to mess with. This win was also a proud accomplishment for former Jr. Shamrock Brad McCulley, who secured his first career win in his former home. The Thunder get a few days off before their home opener Wednesday against the Burnaby Lakers

An absolute thriller took place up the Malahat on Sunday night as the New Westminster Salmonbellies snuck past the Nanaimo Timbermen 11-9. The Bellies were winning by as much as 4 but Kaleb Toth and his Timbermen kept pushing and eventually tied the game at 9 late in the third period. However, Bellies rookie Jeff Henrick called game and scored the game-winning goal for the Bellies with under 2 minutes to play to send New West home with the win.

Overall, the Timbermen have to be happy with getting a split this weekend. Colton Clark and Brody Eastwood each had a hat trick against New West on Sunday and Charles Claxton tried to replicate his performance from Friday but in the end, it was the Bellies who came away with the win. Although it’s early to be thinking about the playoffs, don’t be surprised if these teams match up with each other once again for a shot at the Mann Cup.

This game marked the return of the Maple Ridge Burrards, who faced off against the Coquitlam Adanacs at Cam Neely Arena. The game was never really in doubt as the Burrards led 4-0 after the first period and ended with Maple Ridge throttling Coquitlam 15-8. Led by the strong play of netminder Frank Scigliano and explosive star Curtis Dickson, the Burrards won their first season opener since 2017.

This marked two straight losses for the Adanacs, who have struggled to put together a complete game. On a positive side, Sunday’s game featured goals from two WLA rookies in Carter Dickson and Johnny Kraakman. Teams shouldn’t read much into the first two games of the season and the Adanacs certainly won’t be as first overall pick Christian Del Bianco is expected to make his Adanac debut on June 1st in a rematch with the Burrards. 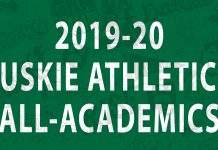