The defender joins the Highlanders after having completed is fifth and final year with the UVic Vikes Mens Soccer program. The 2018-19 season saw the defensive stalwart start all 15 matches for the Victoria university side and amass 1236 minutes played with a game winning goal in the final game of the regular season. After five seasons with the Vikes, the 24-year old finishes his University career with 59 appearances—49 of them starts—and 4,444 minutes played on the backline. He was also named an Academic All-Canadian in the 2016-17 season and captured a Canada West silver medal in the 2015-16 campaign.

“Mackenzie is a very experienced player at the university level. He was the captain of the Vikes and has great leadership qualities and bringing him in adds a really good mentality player to our team,” added Niendorf. “He is a technically sound player and versatile in his game—he can play any position in the back. He complements the overall balance of our team very well.”

Born and raised in Kelowna, B.C., he grew up playing for Kelowna United before making the transition to Thompson Okanagan Football Club (TOFC) of the Super Y-League. His time with TOFC included trips to the Super Y-League 2009 North American Finals and the 2010 Canadian Nationals. 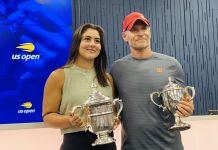 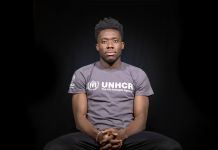 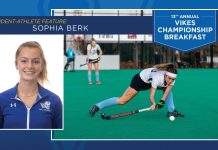