Essiel Fuentes powered Team Cuba with a complete game gem on the mound, and his teammates ensured his performance wouldn’t go to waste, with a two-run ninth inning, to defeat the Victoria HarbourCats 5-2 in the third game of the Greater Victoria Sports Tourism Commission International Series on Monday evening at Wilson’s Group Stadium at Royal Athletic Park.

Cuba’s win prevented the HarbourCats from gaining their first ever win over Union de Reyes. 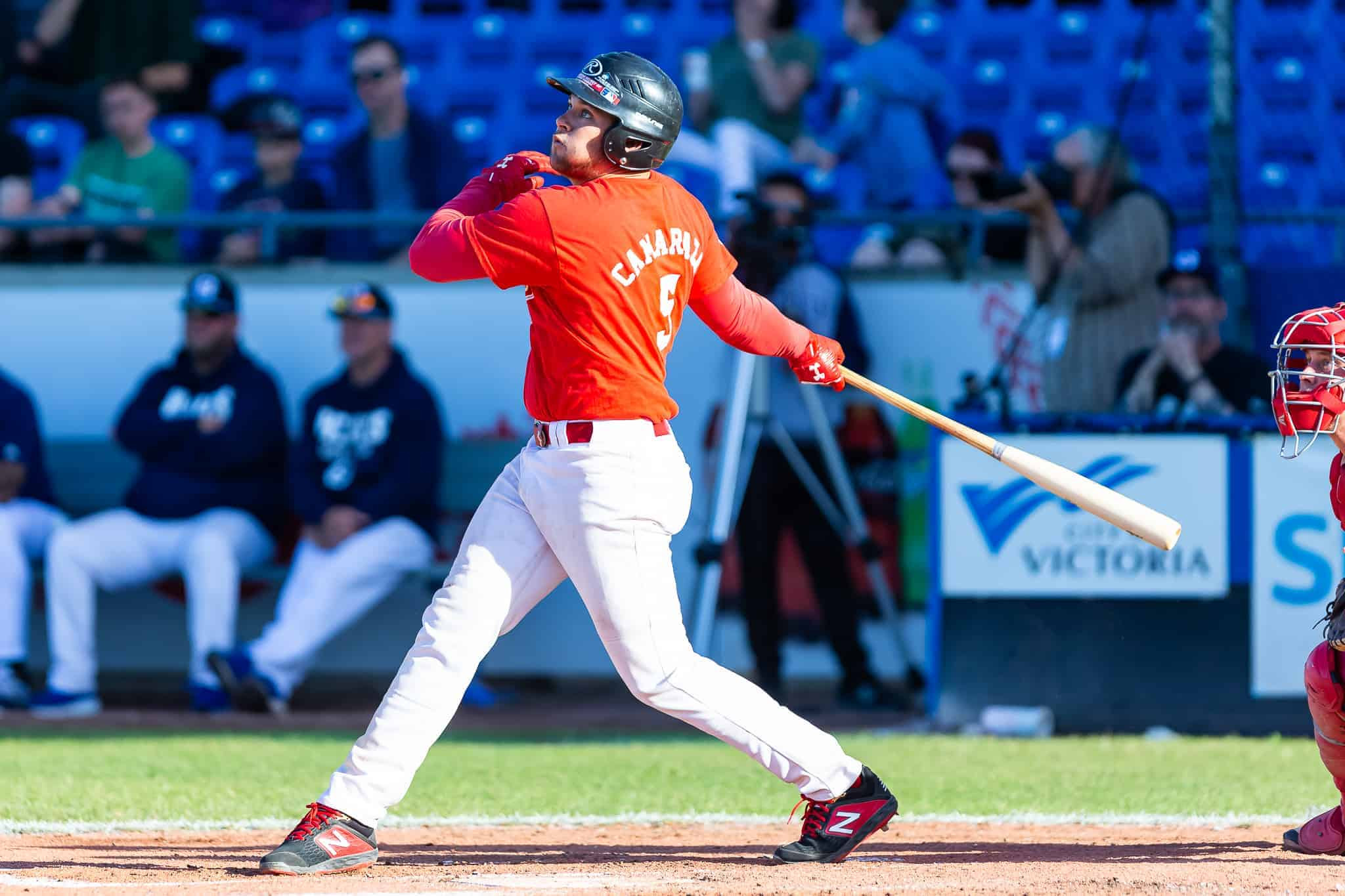 Randy Camaraza looks on after slugging through a pitch earlier in the game. (Photo by Christian J. Stewart)

Travelling from the province of Matanzas in Cuba, Union de Reyes defeated Victoria 8-4 in an energetic back and forth affair last summer and flexed their muscles once again with a 10-2 win on June 2 at Wilson’s Group Stadium. 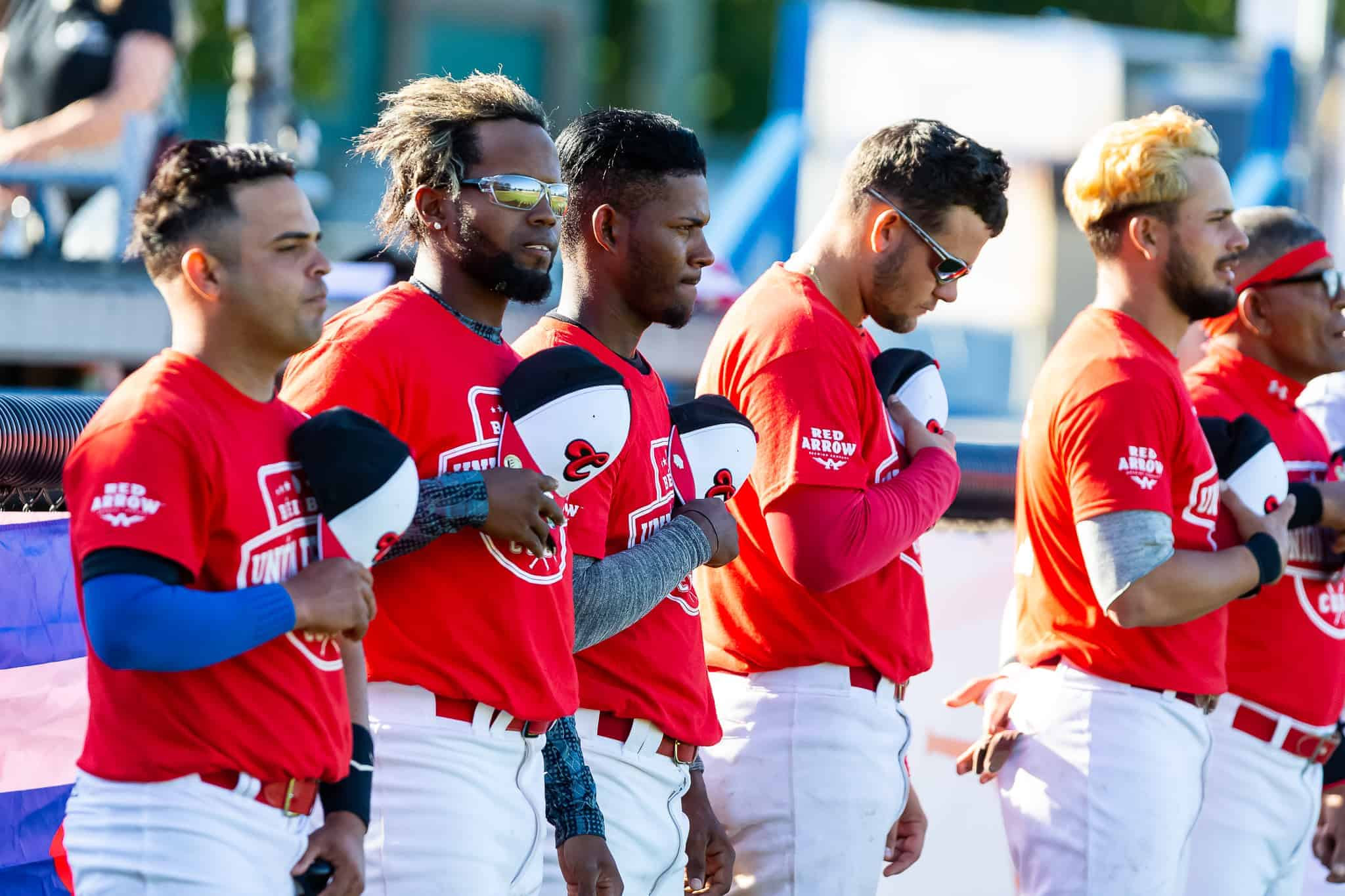 Team Cuba players line up and hold their caps above their heart for the playing of the Cuban national anthem. (Photo: Christian J. Stewart)

Tonight, eight days after their last meeting where they combined for 24 hits and 12 runs, both the Cubana and HarbourCats only combined for nine hits tonight. Union de Reyes starter Fuentes went the distance, pitching nine full innings of four-hit ball and racking up three strikeouts in the process. The HarbourCats used six arms out of the bullpen and held Cuba to just four hits. 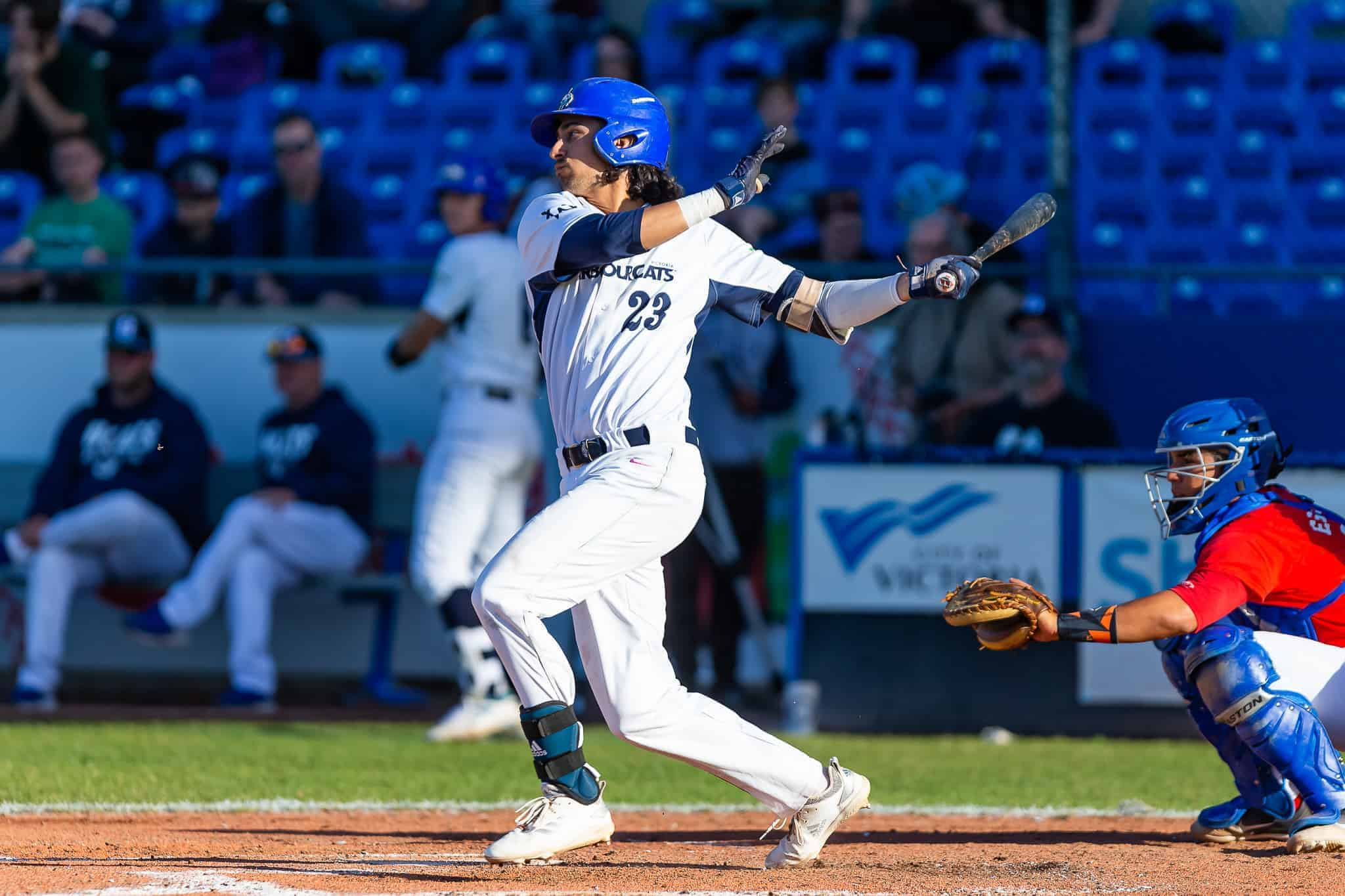 Nick Plaia follows through with his swing after hitting a chopper to second in the first inning. (Photo: Christian J. Stewart)

Victoria right fielder, and 2018 Player of the Year, Nick Plaia was the only man to get on base with a hit in the first two innings—sliding headfirst into first base to beat out a high chopper in the infield.

It wasn’t until Yonni Matos led off the third inning with a screaming single up the middle that another hit was recorded in the game, however, the next three batters were retired by Branson Wilson out of the bullpen to avoid any damage.

In the home half of the inning, Parker Bramlett drew a one out walk off Fuentes, and Ty Schindel smacked a single through a diving Alberto Bello at second base to put runners on the corners and give Victoria their first scoring chance of the evening. Nate Pecota brought home Bramlett one batter later with a sac-fly to centre that made it a 1-0 game.

After loading the bases in the top half of the next inning, Union de Reyes responded by scoring two to jump back ahead 2-1.

That score held until it was Victoria’s turn to load the bases. Plaia started the bottom of the seventh with a single, and after two walks, the bases were full for Tyson Hays at the dish. Fuentes then hit the catcher from Incarnate Word, levelling the game at two. 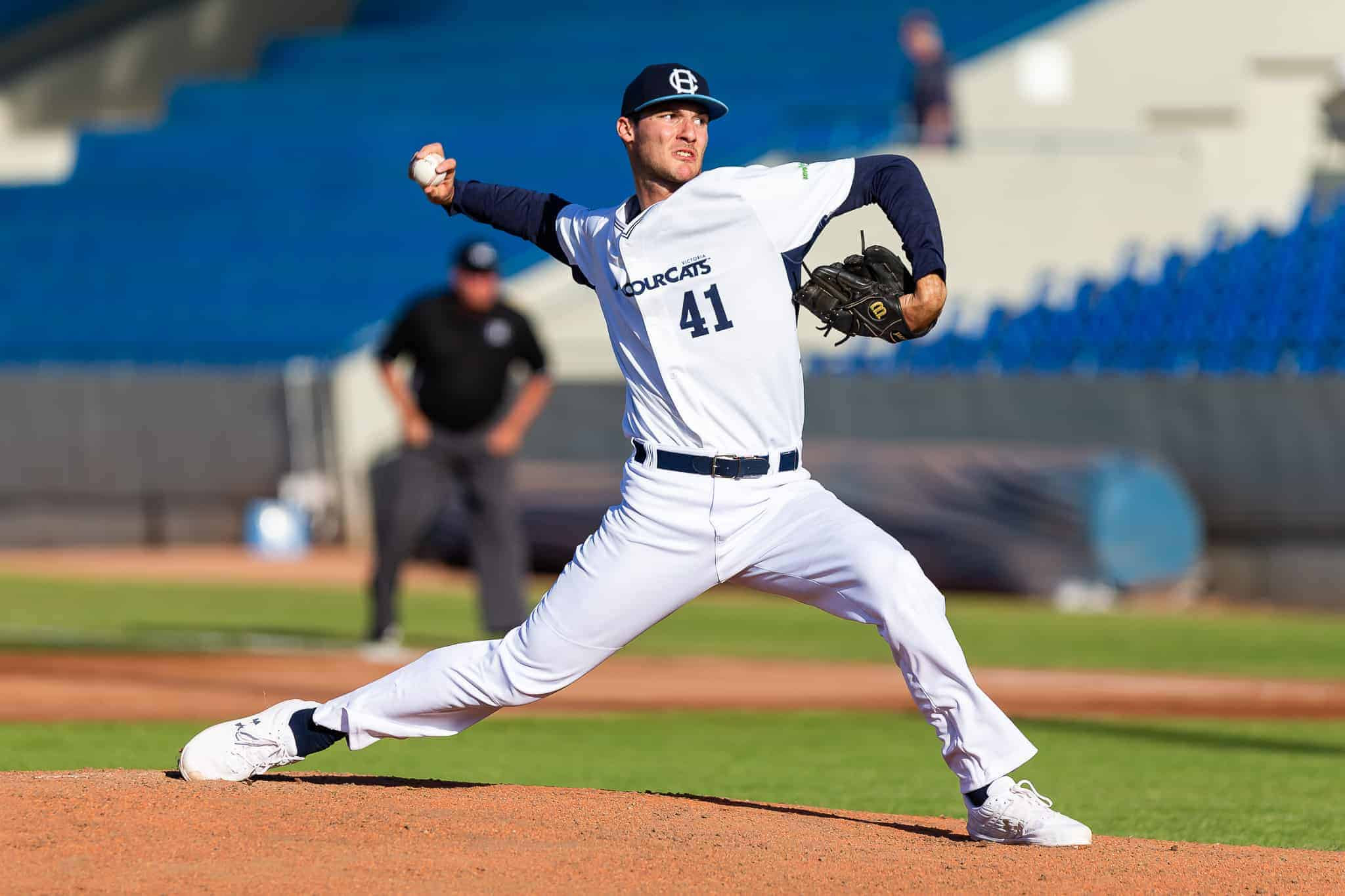 Before the HarbourCats had a chance to score more with the bases loaded, Fuentes induced a double play to get out of the jam.

In the top of the ninth, Cuba loaded the bases with a pair of walks and hit batter, and Jiovanny Estevez scored the game-winning run with a sac-fly to the outfield. An arrant throw from right field scored Alberto Bello rushing from second.

Jose Cespedes added some insurance for Cuba with a RBI single three batters later, and Fuentes closed the door in the ninth to preserve Union de Reyes’ third straight victory over Victoria.

The HarbourCats will now embark on a five-game road trip, beginning with a two-game set Wednesday night in Yakima against the Pippins. First pitch is slated for 6:35p.m. at Yakima County Stadium.