Two innings after almost costing his team a loss, with a base running gaffe, Matt Turner redeemed himself with a double in the 10th that completed the Victoria HarbourCats comeback, and secured a 5-4 walk off victory over the Wenatchee AppleSox Wednesday night at Wilson’s Group Stadium at Royal Athletic Park.

With the victory Victoria (13-7) brought themselves into a tie for first place in the North division, gaining a half game on the idle Bellingham Bells (12-6).

Turner, who entered the game as a pinch hitter in the eighth with the HarbourCats down a run, smacked a double to the wall. However, after he attempted to stretch the line drive to a triple, Turner was caught between second and third, and Wenatchee picked him off to spoil his base hit.

As baseball works sometimes though, Turner came up in the order two innings later and provided his team with the hit that caused the crucial walk off victory. 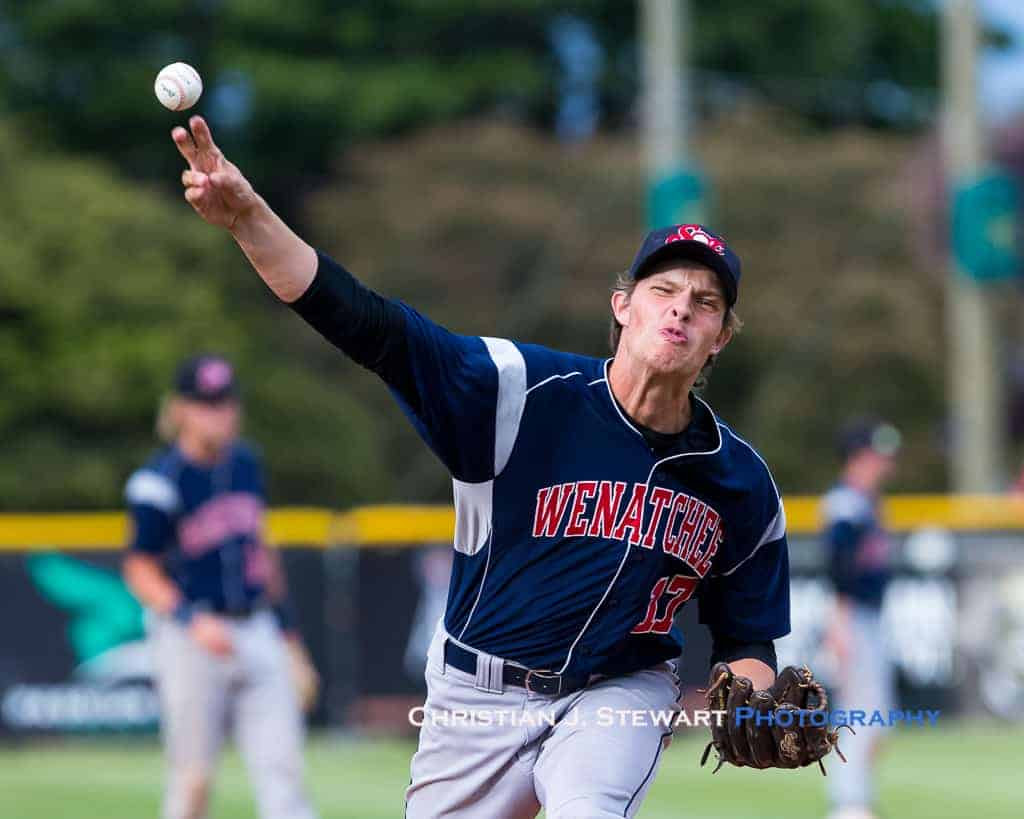 AppleSox starter Ryan Long settled in nicely after a rocky first, not giving up a single walk and racking up five strikeouts in the start. (Photo by Christian J. Stewart)

Early on in tonight’s game, it looked as if the HarbourCats would ride their offence — which leads the WCL in six offensive categories — to an easy rout of the ‘Sox. 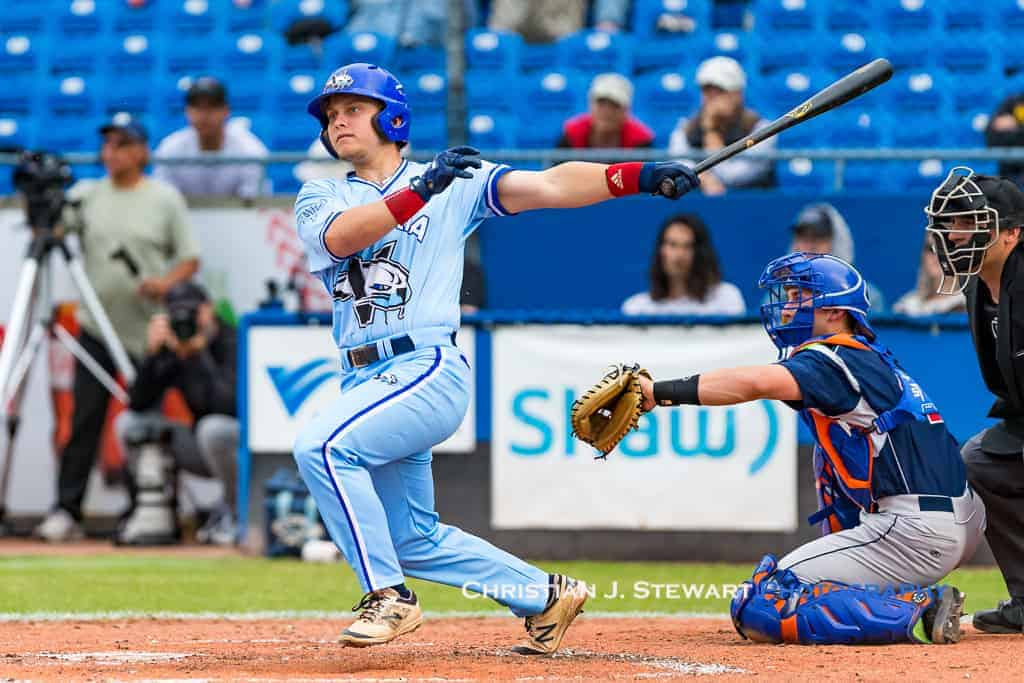 Parker Bramlett led off the game with a single in the home half of the first, and after Jason Willow and Chase Wehenser matched their teammate with singles of their own to load the bases, Frankie Niemann increased his team lead in RBI to 18 with a two-run single.

Niemann finished the night with two hits and a walk, upping his WCL-leading batting average to .500 on the season. 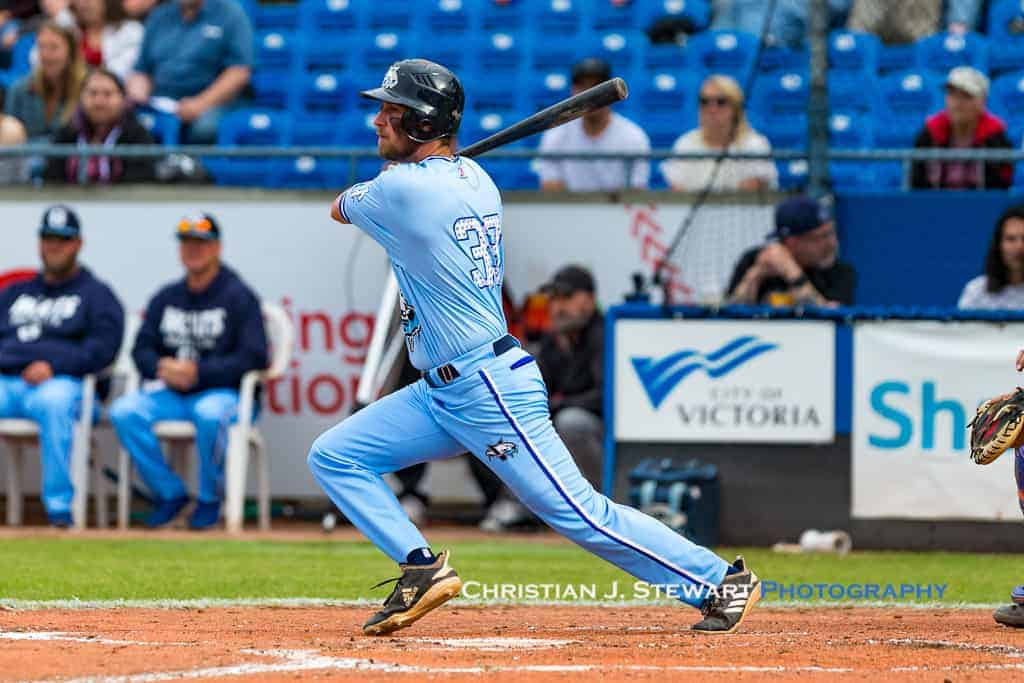 In the next at-bat, Griffin Paxton was able to score Niemann with a fielder’s choice and increase Victoria’s lead to three after one.

Starting pitcher Jack Neely was able to hold Wenatchee scoreless through three innings, but had trouble locating the strike zone. Although the righty walked two in the first, and three straight in the second, Neely was able to avoid any damage by inducing a pair of fly outs. 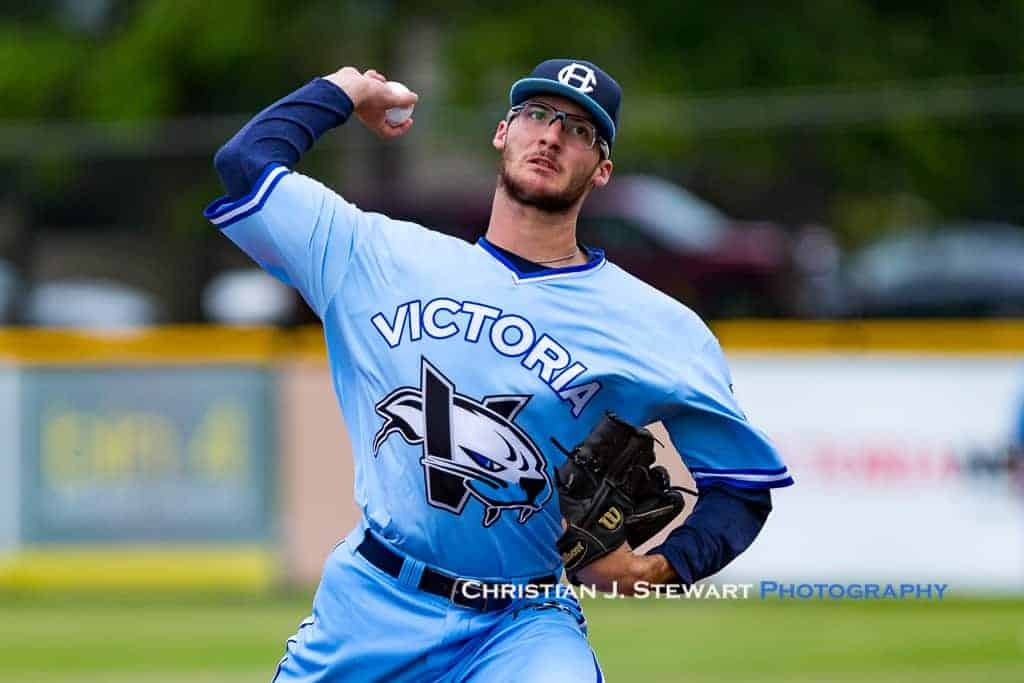 Moving into the fourth, however, Neely’s luck finally ran out.

Wenatchee outfielder John Graham worked a walk to begin the frame, and two batters later Brett Gillis smacked a one-out double to put the AppleSox on the board and end Neely’s night. The San Antonio, TX native finished with four strikeouts and six walks, allowing only three hits in 3 1/3 innings. 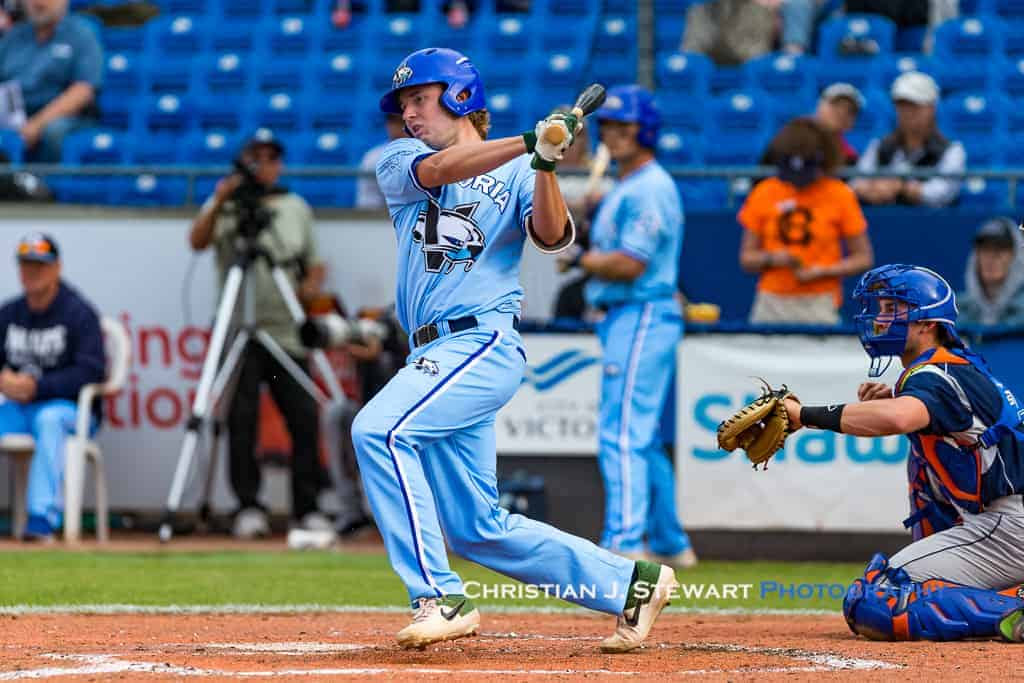 Chase Wehsener lines a single in the first inning. The first baseman from Baylor would exit after five innings, however, with a leg injury. (Photo by Christian J. Stewart)

A new pitcher out of the ‘Cat pen did little to disrupt the AppleSox, who tied the game off another single and fielder’s choice. One inning later, Graham launched Wenatchee’s ninth homer of the season over the left field fence to give the AppleSox their first lead of the series.

The AppleSox would hold that one run lead until the ninth when the HarbourCats, trailing by a run, had the top of the order due up. Bramlett would reach first after being plunked by a pitch from AppleSox reliever Logan Schirer.  One batter later he was able to reach home and tie the game at four after a pair of Wenatchee errors in the field. 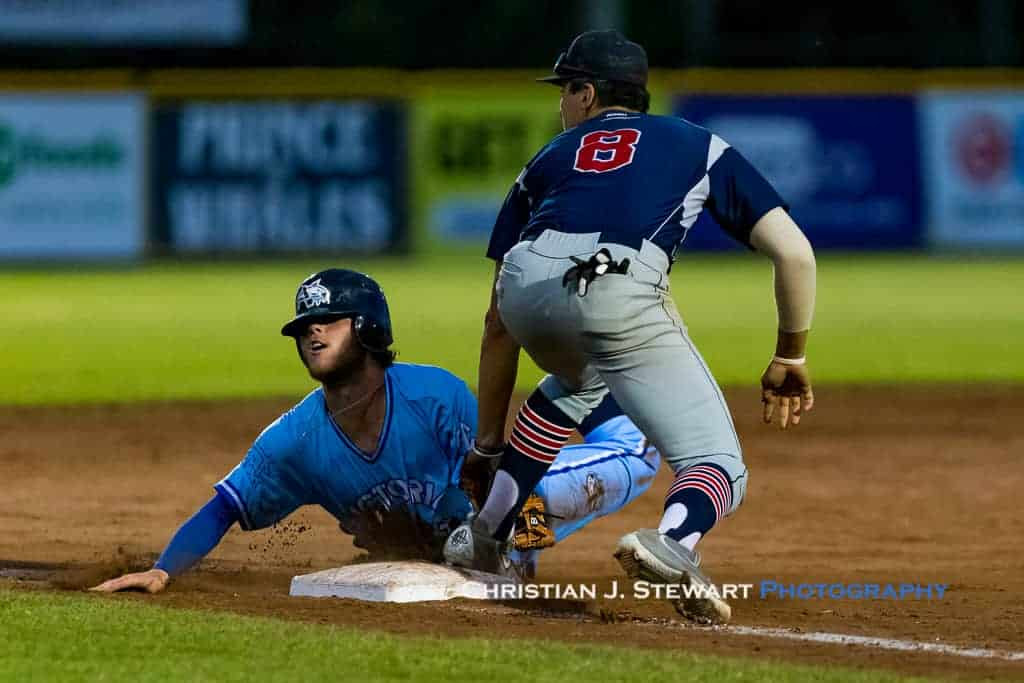 Parker Bramlett slides safley into third and watches as an overthorw would allow him to score Victoria’s tying run in the bottom of the ninth Wednesday (Photo: Christian J. Stewart)

After the ‘Cats and reliever Amrhein kept Wenatchee off the board in the top of the 10th, Pettit led the 10th off with a bloop single, and set the stage for Turner, who sent the home fans happy with the dramatic late-inning double. 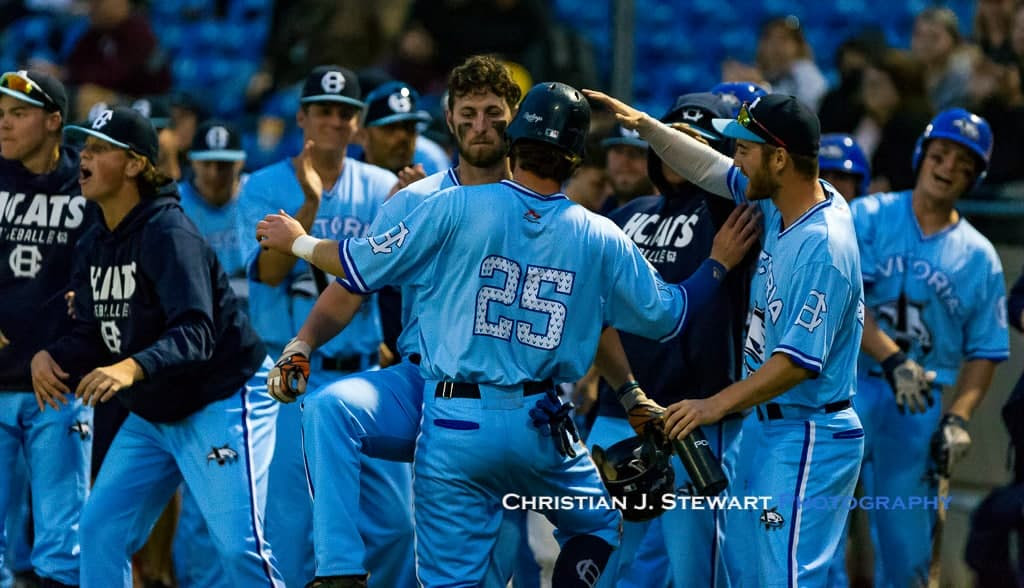 Victoria will look for the series sweep by sending DJ Peters to the mound in the finale against Wenatchee tomorrow night. First pitch is slated for 6:35p.m. at Wilson’s Group Stadium.