Varsity Performance Karate club coaches Kraig Devlin, Dr. Tanya Crowle and Aaron Elliot supported the athletes and the event which drew approximately 200 participants from more than a dozen BC and Washington State clubs. 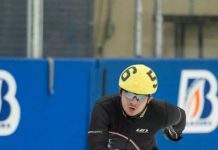