Mental mistakes and errors cost the University of Victoria Vikes the Vikes-Bays Challenge Cup and the Howard Gerwing Shield.

Needing to erase an 18-point deficit from their prior meeting with the James Bay Athletic Association, the Vikes second-half comeback fell short, as they dropped the rematch 23-20 on Saturday evening at Wallace Field.

With the loss, the Vikes handed both trophies over to James Bay.

“It’s never a good feeling to hand over hardware like that. All year, we have had small little errors at critical times cost us,” said Vikes Assistant Coach Rick Farrally.

The Vikes clawed back from trailing 14-8 to take the lead with 12 minutes remaining on a try by Mitch Wainman up the middle following a series of rucks. While the lead was nice to have, it still wasn’t going to be enough to hang onto the Cup.

A few knock-ons and a muffed catch on a kick provided James Bay with the opportunity to leave with both awards. Cooper Coats kicked one of two penalty goals in the closing minutes to seal the victory. Coats ended the afternoon with four penalty goals and a pair of conversions.

“I’m not unhappy with out performance today. Our guys battled hard, it would have been nice to win, but we did a lot of other things well out there today,” said Farrally.

Mike Niewenhusyer registered a pair of tries in the opening 20 minutes to pace James Bay. Spencer Cooper countered for the Vikes in the eighth minute following a blazing run up the sideline by Noah Bain. Bain flipped it up Gabe Casey, who earned a lineout for the Vikes. Cooper caught the overthrown lineout and dove in for the try.

“We have guys on the outside with some speed. Noah is having a great year for us. We need to try and get him the ball more often with room to run,” said Farrally.

As dialed in as Coats was while kicking, he wasn’t as locked in with the ball in his hands. He tossed a pair of interceptions that gave the Vikes life midway through the second half.

Logan Martin-Feek punched one in for the Vikes before Wainman’s score gave the Vikes the temporary lead.

For the second-straight game, No. 9 Jenner Teufel wasn’t his usual sharp self. He went 1-for-3 on conversion kicks.

The late loss wrapped up a five-game homestand for the Vikes in which they went 2-3. The Vikes have one more road game on Nov. 2 in Burnaby before the National 7s Qualifier in Langely. 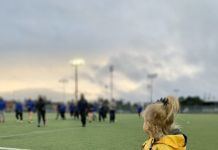 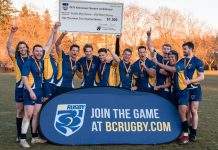 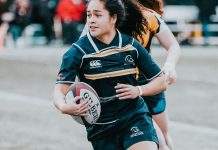 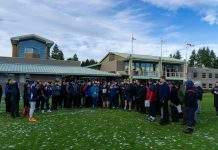 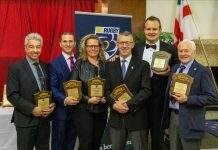